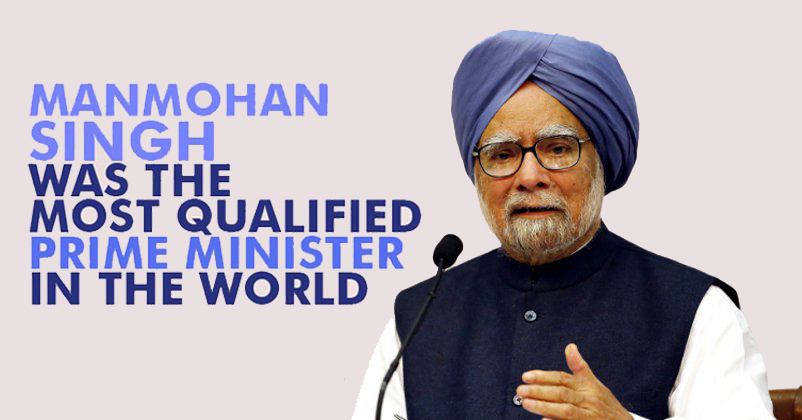 Manmohan Singh, 14th Prime Minister of India was born on 26th September 1932. He served as the Prime Minister of India for a total of 10 Years i.e from 2004 to 2014. He was preceded by Atal Bihari Vajpayee in 2004 and was succeeded by Narendra Modi after a landslide victory in 2014. His Alma mater includes Chandigarh St.John’s College, Cambridge Nuffield College and he has a Doctorate in Economics from Oxford. Manmohan Singh held some key posts in 70s and 80s which include Advisor in Ministry of Foreign trade, Cheif Economic Advisor, Head of Planning Commission and Reserve Bank Governor. He has also worked as the Minister of Finance from 1991 to 1996 in the Tenure of P.V. Narasimha Rao as Prime Minister.

1. Manmohan Singh was born in Gah (now a Part of Punjab, Pakistan) 2. Manmohan Singh was the first Sikh PM of India 3. He is only the 2nd PM to be re-elected after a full 5-Year term since Jawaharlal Nehru 4*. Manmohan Singh quit his job from United Nations(UNCTAD) to join Delhi School of Economics as a Professor * The above pic was during his Speech at UN.

5. Manmohan Singh can’t read Hindi. All his Hindi speeches are written in Urdu. The above pic was with his Childhood Friend.

7. He is the most qualified Prime Minister in India as well as the whole world. 8.  Till 1991 MMS was apolitical and suddenly the newly elected PM P.V. Narasimha Rao elected him as the Finance Minister in his cabinet 9. He was the man who led India successfully out of severe economic crisis in 1991 From the Following Universities: 11. Manmohan Singh has very long list of awards which includes Padma Vibhushan from Government of India