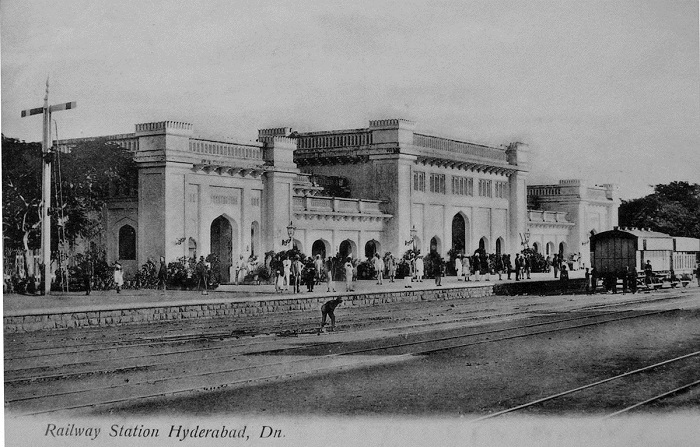 Indian Railways is one the biggest public sector all over India. The Indian railway was founded about 162 year ago on 16th April 1853. The first train was served between Mumbai to thane. In 1951, Indian railways became one of the largest sectors all over the world covering 29 states and 7 union territories of the country and travel limited with Nepal, Bangladesh and Pakistan. Thane railway station is one of the oldest railway stations to complete 161 years in Railways. Let’s check out some of the vintage photos of Indian Railway station.

The above photograph was taken in almost 110 years ago i.e. in the year 1905, Nagpur is one the station which falls in Maharashtra district. The above photograph was taken in 1920. Chennai railways station attracts a lot of tourism and is also considered to be one of beautiful railway station in India. This is the first photo of Bangalore station soon after it was completed constructed. It is equipped with many modern facilities. This is the old vintage photo of luknow station, when people hardly visited this and knew about this railway station. The photo was taken in 1907 when the station was found and builde completely. It is now among the beautiful and spacious station in India. Bandra Station is one of the stations which fall in western railway Mumbai. The photograph was taken in the year 1925. This is an old vintage photograph taken years ago. Hyderabad is also a tourist attraction and one among the busiest stations too. This is one of the old railway stations in India and will complete 161 years of its existence in Indian railways. The first train started from Mumbai to thane. Kalyan Railway station is among the id stations. Initially all the carriage goods were transported through Kalyan. The image is taken during the year 1945. The photograph taken is in 1874 after the foundation of this railway station. It has a British infrastructure and is among the clean stations in India. The station is tourist friendly. 10 Things That An Iphone Can Do But Android Can NOT
13 Forever Alone Memes That Will Make You Go ROFL!