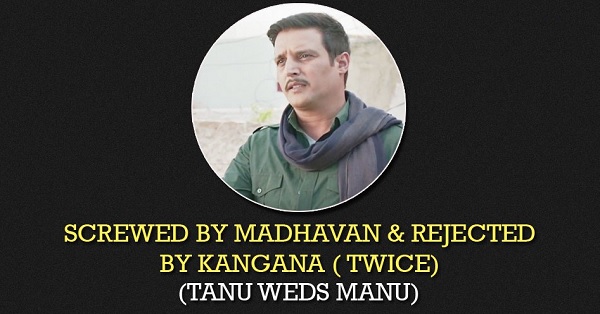 Oh Dear Lord!! I Never realized that Bollywood never showed mercy towards this guy in any of his movies. Bollywood at all times just screwed his Character and all the roles he played in his movies. Sometimes he was killed by Wife’s Boyfriend, sometimes he was ditched by his own Love, He wandered in search of love but was rejected by girls, Some times he lost all his dads money and was driving a taxi 😀 He in all his movies tries to do something different but ends up ending up with getting disappointed or Killed 😀 He is none other than JIMMY JIMMY JIMMY JIMMY Shergill.
We would have never realized the sufferings of this actor if we didn’t came across this post on Facebook.
Here are the list of movies which will make you realize what this actor has gone through. 3. Was Part Of The Plan But Was Screwed By Akshay Kumar & Was Made Fun Of By The Real CBI 7. Poor Guy Wasn’t Even Allowed To Speak In The Movie!! 10. Blockbuster Comedy Movie!! The Only One To Die!! 11. WTF – Screwed By None Other Than Uday Chopra, That Is So Unfair 😛 Never knew that BOLLYWOOD can be so Unfair to somebody. Anyways Jimmy Shergill We Love You and we love whatever you do.

What Do you all think? Is Jimmy Shergill Bollywood’s Troll Factor? Is B’town being mean towards him? Comment your views in the comment box Below!!