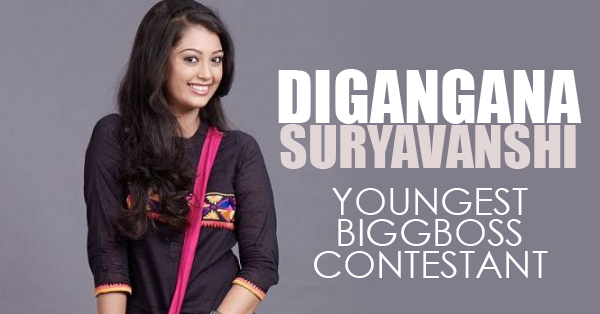 From a career started acting as a child artist in a popular Daily Soap on Set India KYA HAADSA KYA HAQEEQAT back in 2002 to becoming a popular TV Celeb now and being invited to a very popular TV reality show BIGG BOSS, DIGANGANA’s career had taken a huge curve. Digangana Suryavanshi started off her career as a child artist in TV shows when she was merely 10 years old and continued to be one till 2009 where she acted in a TV show SHAKUNTALA. But her major leap took place when she received the fame and recognition she desired by acting in a very popular show VEERA. Where she played role of VEERA and was appreciated for the work she had done to justify the role.

You might be shocked to know that the Actress is just 18 Years old and already received the fame she wanted. She had also been into writing and written a few books at such a tender age.

Today we bring you these super cute pictures of this youngest BIGG BOSS contestant which are just way too adorable. Continue Reading
You may also like...
Related Topics:14 Cute Pictures Of Bigg Boss's Youngest Contestant Will Make You Fall In Love With Her, Bigg Boss 9, DIGANGANA SURYAVANSHI, VEERA, Veera Actress

9 Most Epic Moments From “HOW I MET YOUR MOTHER”
9 Celebrities Who Are Engineers! This Is Called Smartness With Popularity!