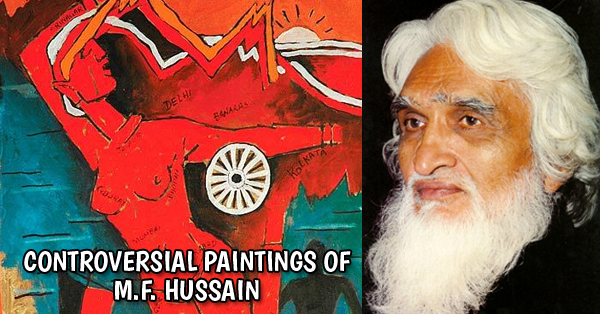 Born with the name of Maqbool Fida Husain in Maharashtra, MF Hussain was an Internationally acclaimed India painter who got noticed because of his controversial nude paintings of Hindu Gods. He was was obsessed with many Bollywood Heroines but mainly with Madhuri Dixit. Apart from his indulgence in controversies, he was a charismatic artist who was acclaimed as “The Picasso Of India” by Forbes Magazine. After getting a threat to cut his hands off by an Hindu Politician, Hussain in 2010 fled to Qatar and opted its citizenship. Later in a television interview he said that at his age he just wanted to focus on his career rather than fighting for his rights in India.

Here Are Some Of His Paintings: Share your thoughts about MF Hussain and his controversial paintings in the comments section below.