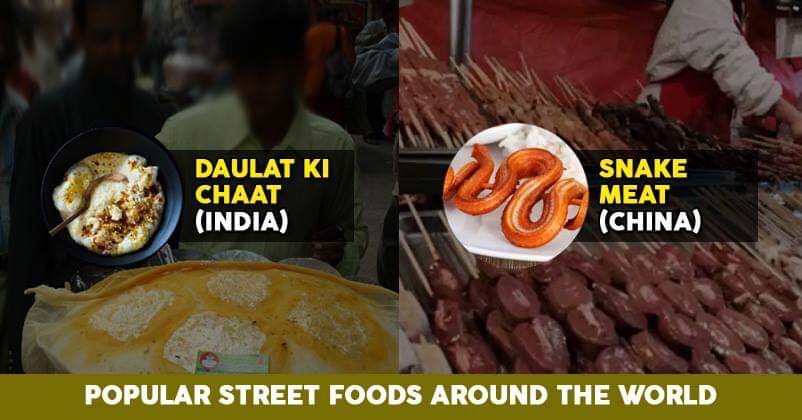 Food is a form of identity in today’s diverse world. With numerous cultures around the world that have their own cuisines and taste palettes, the modern world has resulted in a wonderland for your tastebuds. Apart from fast food chains and local restaurants, street food is another affordable way to experience a location’s culture and the best of their food. With the same thought in mind, we set out to look for some of the most unique street foods all around the world. And we ended up finding some amazing ones with unusual ingredients and herbs.

Here are the to 15 unique street foods around the world. 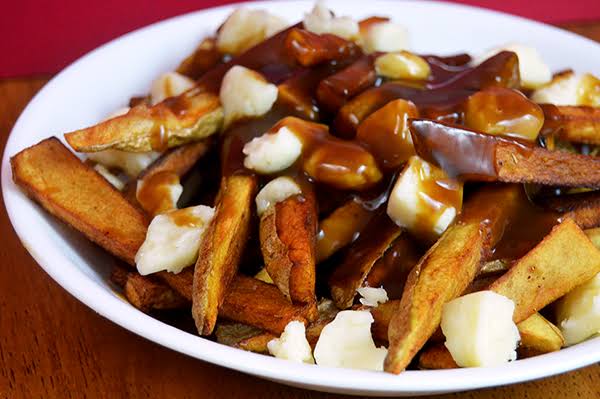 It is a Canadian street food. Poutine consists of fries topped with gravy and cheese curds. The taste is so unique its hard to put it into words. 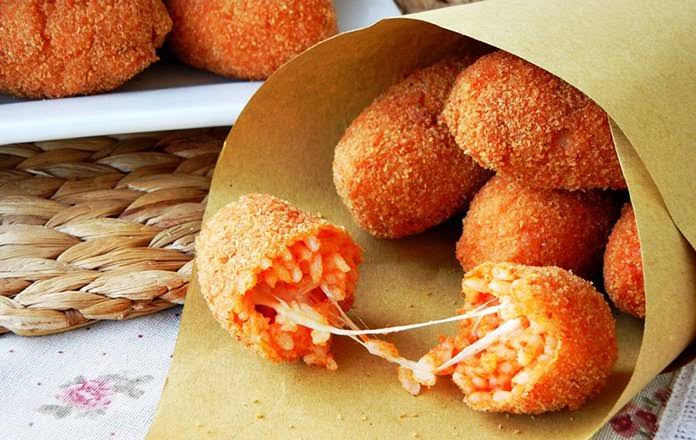 The famous street food of Rome is a ball of rice (like risotto) mixed with tomato sauce and cheese. It is mostly filled with minced meat or provatura and coated with eggs and bread crumbs. 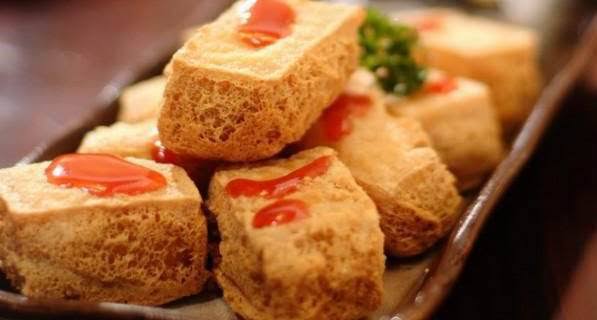 Stinky tofu is a street food from China, usually sold by the roadside vendors and in the night markets. It’s a form of fermented tofu that is fried and dipped into hot sauce. It is also eaten with fermented vegetables and shrimp called brine. 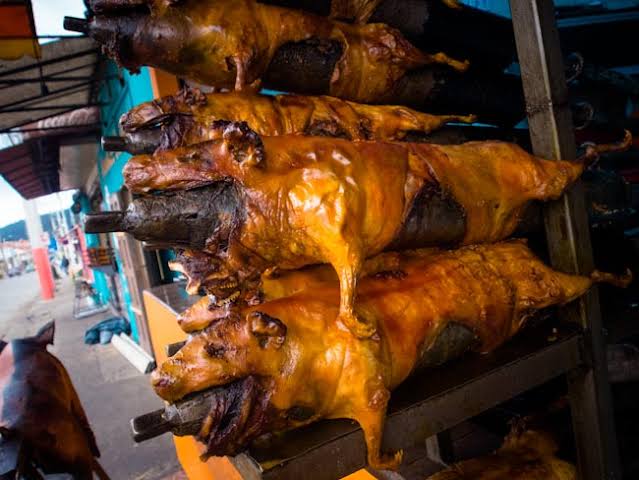 Cuy is a Peruvian dish made of guinea pigs. In Peru, guinea pigs are bred not to be kept as pets but to be made into an unusually delicacy that is not for the delicate hearted. The guinea pig is fried and served on the streets to an expensive restaurant. 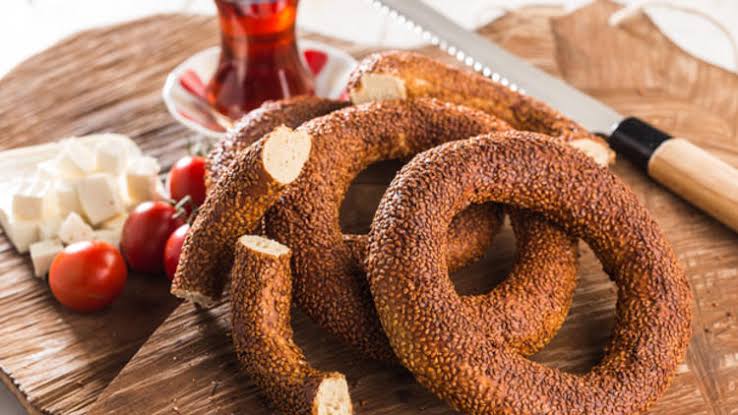 Imagine a circular two toned bread that looks like a savoury doughnut, topped with flax or sunflower seeds. Well that’s what simit looks like. The dish is found all across the middle east with varying sizes, textures and crunchiness. Simit is usually made up of flour, salt, yeast, molasses and sesame seeds.

Bunny chow has a bit of Indian heritage associated to it. The dish originated in the Indian South African community of Durban and is a hollowed out loaf of bread filled with curry. It is locally known as Bunny and is sold in almost every local market. 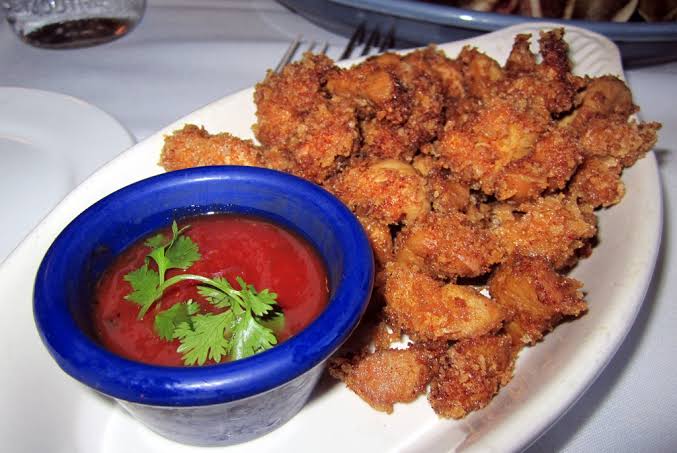 This delicacy is also known as prairie oysters and calf fries in Canada. Often served as appetiser, Rocky Mountain Oysters are cattle testicles that have been coated in flour pepper and salt, and then deep fried. They are also known as cowboy oysters in some parts of America. 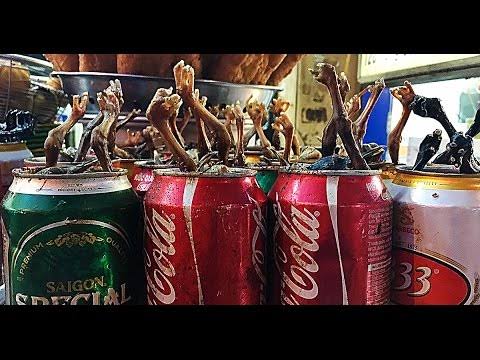 Vietnam’s beer can chicken is very different to what is usually cooked in the U.S.A. instead of being seated on the beer can, the chicken is plucked, gutted and placed wholly inside a beer can alongside chicken broth and herbs. The chicken is then cooked over open fire along with the can. Beer can chicken can be found in most streets of Vietnam. 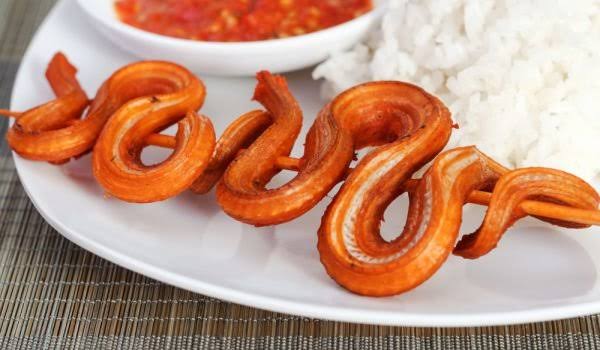 This dish is not for the faint hearted, as they use actual snake flesh to prepare it. People often associate its taste with the taste of a fish. Served in the streets of china, snake meat is pretty easy to spot, given its appearance even after it has been cooked. 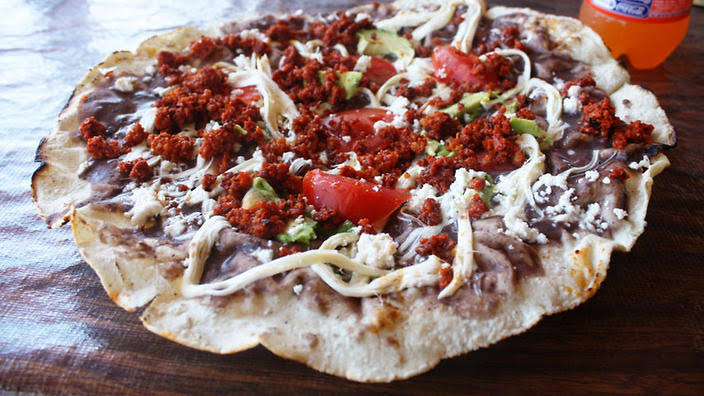 This is the Mexican equivalent of a pizza topped with beans, guacamole, meat and cheese. Often referenced to as a open taco, tlayudas is prepared using a large tortilla which is then topped off with all the toppings, creating what looks like a delicious pizza. 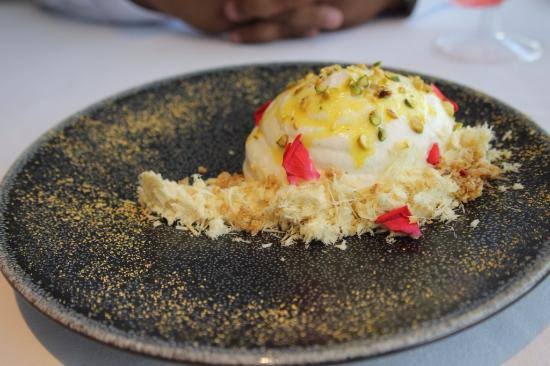 This Indian delicacy is usually served as a desert. Made from condensed milk, saffron and other similar ingredients, daulat ki chaat is a must if you are visiting India, anytime soon. The recipe is still closely guarded and no one exactly knows how it is made. 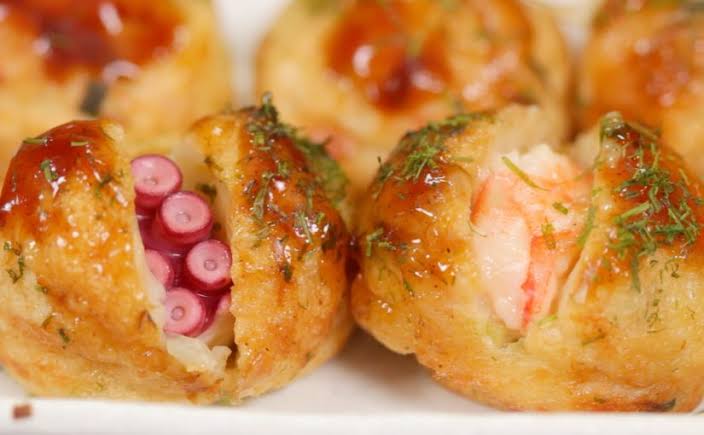 This ball shaped snack is a staple of every Japanese street. The dish is usually cooked using a wheat based batter which is cooked inside a special mould. Takoyaki is filled with various fillings including but not limited to diced chicken, diced octopus, pickled hinger and onions. 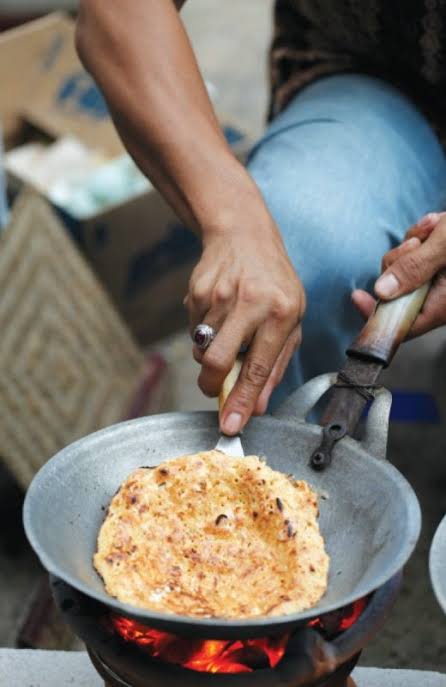 This Indonesian dish has its roots going back to the Betawi tradition. A form of omelette, kerak telor is basically rice cooked alongside an egg in the shape of a circular bread. The dish is then usually topped off with dried shrimp and shallots before being served. 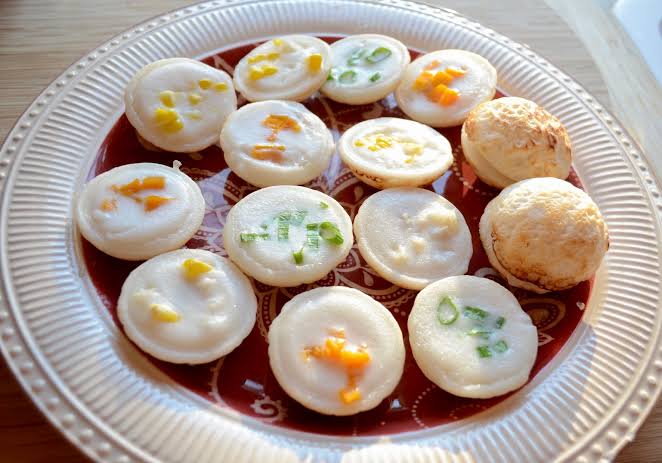 This thai dessert is a staple of the country that is sold all through out its streets. The dish is similar to pancakes if they were to be made using coconut rice. Apart from this they also contain rice flour, sugar and coconut milk. The dish is usually made up of two batters, one sweet and one salty.

This Korean dish is one for the millennials. Shaped like the poop emoji, Ttongppang is sold throughout the streets of South Korea and is usually filled with red bean paste and walnuts. The dish has its roots going to the town of Insa-dong in Seoul, South Korea.

We all love eating new and unique dishes. These were some of the most authentic and unique dishes that we could find from all around the world. Did you like any? Feel free to share your thoughts with us below.

World’s 10 Best Romantic Places. Do Visit With Your Special One
These Pictures of The New PUBG Themed Restaurant in Jaipur Will Make Your Mouth Water