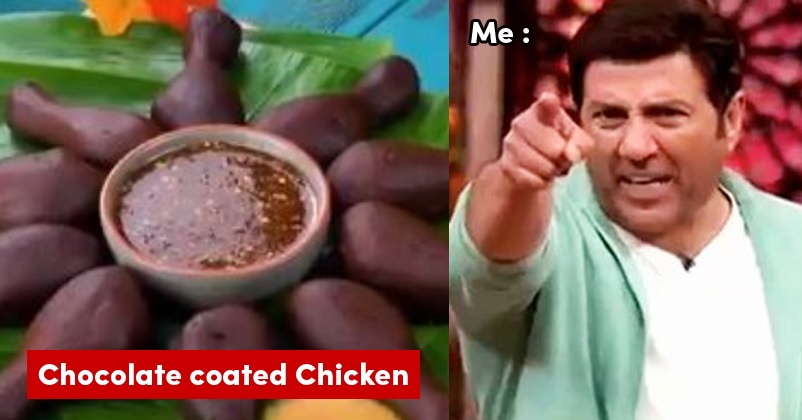 The coronavirus pandemic not only locked all of us inside our houses but it also gave us a chance to discover the chef hidden inside us as we tried our hands in gastronomy. While there were some of us who learned cooking regular dishes, several others experimented with different food items and came up with something about which no one ever dreamed of.

After the discovery of strawberry pizza, orange Maggi, sweet milk Maggi, ice-cream dosa, red sauce pasta dosa, etc. now someone has come up with a unique dish that is quite weird too as it mixes chicken with chocolate. 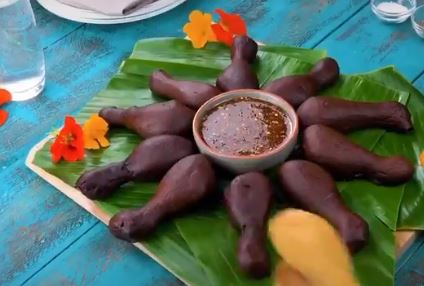 The Twitter user captioned the video, “White ppl come outside right now we need to throw hands for this.”

White ppl come outside right now we need to throw hands for this. pic.twitter.com/NMOmGTyqH0

We are quite sure that after watching this video, you must be pretty confused as to what was the reason behind cooking this bizarre dish. Well, you are not alone, many people felt bad for the chicken and some even hoped that they should not have existed to see this. Here are some of the selected tweets:

Did they just fry chicken and dip it in chocolate pic.twitter.com/PDIMK6tI8j

Me watching this 3 times to make sho I seen the right shit. pic.twitter.com/hmEyeFuFi2

I don’t call the police BUT when I do it’s a true offense pic.twitter.com/gFmwgA7Ipx

That's one of the worst food crimes I've ever seen! Let's find this person lol pic.twitter.com/q6y9ybvNAj

Can I have my share before you dip it in the chocolate, please. pic.twitter.com/1w94pgVjCu

I.. This is a new low for them. A pic.twitter.com/VUOwchZikL

Whoever took that one bite pic.twitter.com/ce8UnjYyLI

When we asked yall to season your chicken, this wasn’t what we meant..😞 pic.twitter.com/evFuGUXw35

Some people pointed out that the liquid in the bowl is not melted chocolate but in fact, it is a type of sauce which is called mole.

It's not chocolate, it's mole. An indigenous Nahuatl sauce. You can't deep fry chocolate and expect it to become a solid.

It’s mole and a tradicional Mexican recipe, it’s basically a salsa made of spices and various chili, you can eat it in different ways, (though never had it fried and probably wouldn’t) 👀 pic.twitter.com/PkePT53oQs

Yes it is latinx, but it is mole. Mole is an indigenous dish. Its a sauce made with a small amount of dark chocolate and other spices. It’s not sweet like we think chocolate is. It’s actually really good with some Mexican rice

However, this didn’t make anyone feel better and people still vented out their frustration.

Many people would want to know how to unsee something that they have lately watched!