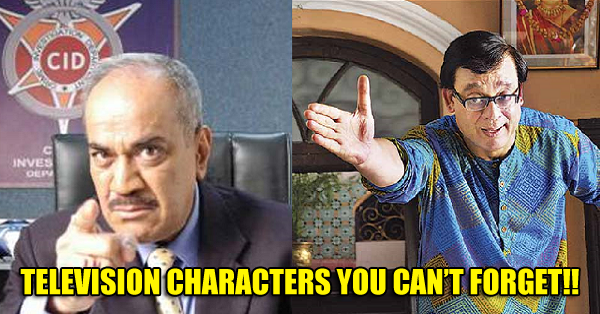 Indian television is full of emotions, comedy and the main need Entertainment. As the television characters depict the daily life of everyone, we are somewhat addicted to them. We actually love them and can’t ever forget some of them anyway.

Here is a list of some of the most loved and unforgettable Television characters.

1. Dinesh Phadnis as Fredricks in CID 3. Ratna Pathak Shah as Maya Sarabhai in Sarabhai Vs Sarabhai 5. Farida Jalal as Nani in Shararat 9. Mukesh Khanna In and As Shaktimaan 12. Rajesh Mehta as Rosesh sarabhai in Sarabhai Vs Sarabhai 13. Kiku Sharda as Hobo in Hatim 17. Mrinal Devi Kulkari as in and as Son Pari Yes, these Television Characters live in our hearts and we can’t forget them but you should not forget to share and let us know your views, write in the comments section below.

From First Oscars Till Now! Drastic Changes In The Looks Of These Celebrities! Have A Look!
And The Nominations For Golden Kela Awards Is Here… Cast Your Vote Now