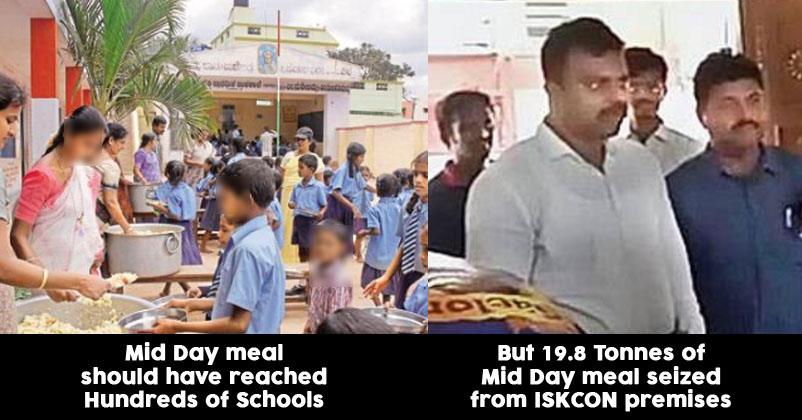 A team of officials raided the ISKCON premises at Sagar Nagar in Visakhapatnam on Tuesday and found 396 bags of rice weighing around 19.8 tonnes. The rice was provided by the government for the mid-day meal scheme. A source broke the information to the department, after which they raided the premises.

One of the officials told that by the time they reached the spot, the laborers had already loaded around 110 bags weighing around 5.5 tonnes in the lorry. Its expected market value would be nearby ₹5.94 lakh, the officials said.

Apart from that loaded 110 bags, 286 bags of rice were also found on the premises. The plastic bags which were filled with rice had the words ‘Saelony and Export par Sri Sitaramanajaneya, Kakinada’, printed on it.

Vigilance Inspector Mallikarjuna Rao said, “During the inquiry, the lorry owner Gavara Eswar Rao and his aide Kalasi V. Sanyasi Rao alias Sunny said that the mid-day meal rice was being packaged and the stock was supposed to be shifted to Kakinada.”

ISCKON also supplies mid-day meals to some schools but the raid team has found out that it had not maintained registers from March 2019. A case has been registered under the Essential Commodities Act 1955.

However, ISKCON officials denied the accusations of diverting the mid-day meal rice. They said that rice is a donation from devotees to prepare ‘Prasadam’.