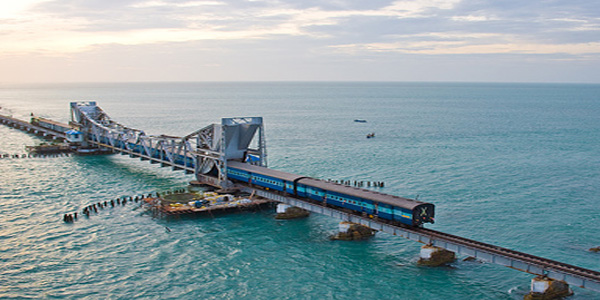 Pir Panjal Tunnel Track in Jammu and Kashmir is the Longest Rail Tunnel in India with a length of 11.215 km. Gorakhpur Railway Station in Uttar Pradesh is the World’s Longest Railway Platform, it is 1.35 km Long.

World’s Highest Railway Bridge is being built over Chenab in Jammu and Kashmir. It is 5 times the height of Qutub Minar and as a tall as Effiel Tower. 15. Indian Railways is serving 2.5 crore Indians as a Medium of Transport. It is almost the Population of whole Australia 16. Indian Railways is Home for over 1.6 Millions Employees 17. Train Drivers are Paid more than Software Engineers on an Average

They Get Salaries in the Range of 1 Lakh and More. 18. The Indian Railways website gets close to 12 Lakh hits per minute 19. Indian Railway Tracks Cover a Distance Equal to 1.5 Times of the Entire Earth Continue Reading
You may also like...
Related Topics:facts, Indian Railways