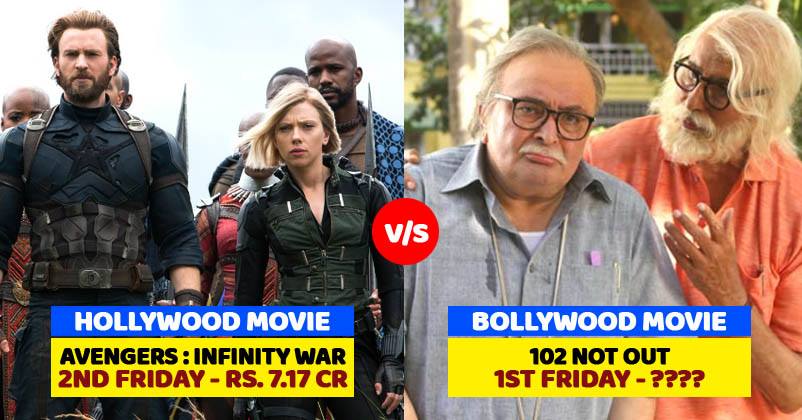 Sometimes, it’s great to see old stars coming back on big screen. 102 Not out finally hit the screens yesterday after a lot of buzz.

The first day was very slow; audience didn’t give a good response at all & the numbers have already spoken. Although the film stars big celebs like Big B and Rishi Kapoor, it failed to win the hearts of the audience. 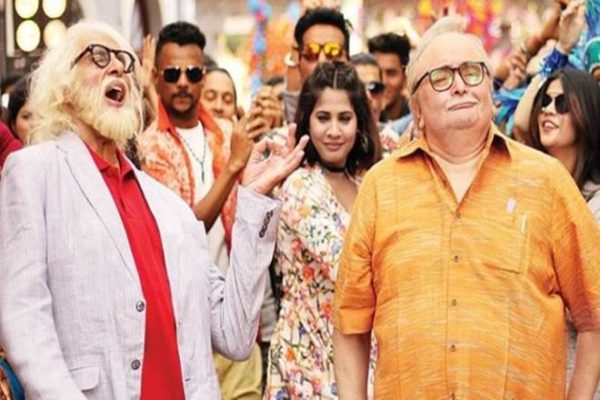 We had immense expectations from the movie, but the first day collections are damn disappointing. Here’s what Taran Adarsh tweeted;

Like most content-driven films aimed at families, #102NotOut started on a slow note, but gathered momentum from evening onwards… A HEALTHY GROWTH is on the cards on Sat and Sun… Word of mouth is SUPER-STRONG… Fri ₹ 3.52 cr. India biz.

On Friday i.e. the opening day, 102 Not Out earned just 3.52 crores, which is damn less. At least 10 crores could have done justice. Weekend numbers might increase, but as of now, there’s no surety at all.

On the other hand, Hollywood movies are getting a good response as compared to Bollywood. Avengers: Infinity War witnessed good collections even on 2nd Friday. This is what Taran Adarsh tweeted;

The Hollywood flick has earned 7.17 crores even on the 2nd Friday. This is almost double the amount of 102 Not Out. 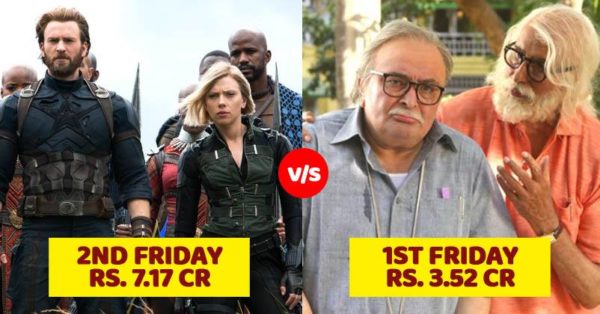 Don’t you think Hollywood has overpowered Bollywood these days?

Continue Reading
You may also like...
Related Topics:102 Not out, Avengers, collection