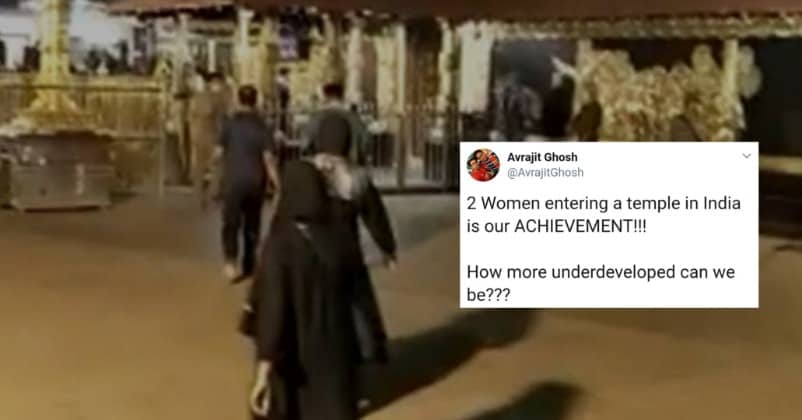 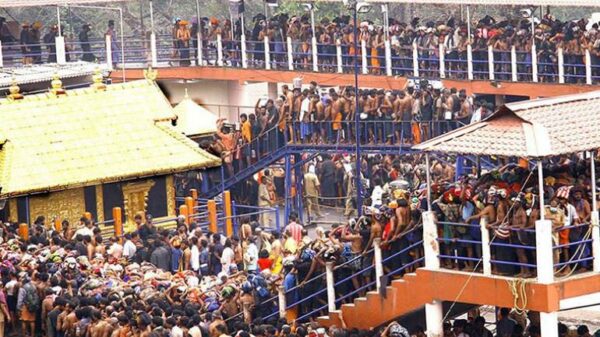 Afterwards, the temple had to be closed for purification. But that is another issue altogether. Netizens, are in fact, divided on their opinion regarding the fact that women are now allowed to enter the temple.

Some found the idea outrageous and spoke up on Twitter:

Burkha Clan want to enter #SabrimalaTemple
These Jihadi Women's went on streets to slander the Hindu Tradition of #Sabrimala, name only one Ayyappa Devotee women want to enter Sabrimala Temple? No One Nahh! why don't these women's go to the temples where women entry is allowed. pic.twitter.com/drfAYJ4Sj3

Do not call these women Hindu devotees. They are not Hindus at all. And whoever done it they will face the consequences.

WTF how can a burqa clad woman be an Ayyappa devotee..this is direct insult to Hinduism! Crap

I wish I could Unsee the video

What surprises me that your religion prohibits you to be open (wearing burka) but want to go worship in #SabrimalaTemple to stabbing the faith of other religion… Doesn't make furious to the intellectuals & media endorsing height of this CLASSIC NONSENSE ! pic.twitter.com/MXB23IE4cF

However, a lot of people opened up and supported the move:

2 Women entering a temple in India is our ACHIEVEMENT!!!

Purification of temple after women visited #SabrimalaTemple must be condemned. No tradition is cast in stone. Both genders are equal.

Ayyappan will be ashamed for this purification.🙄 If only gods could speak!!!! #SabrimalaTemple