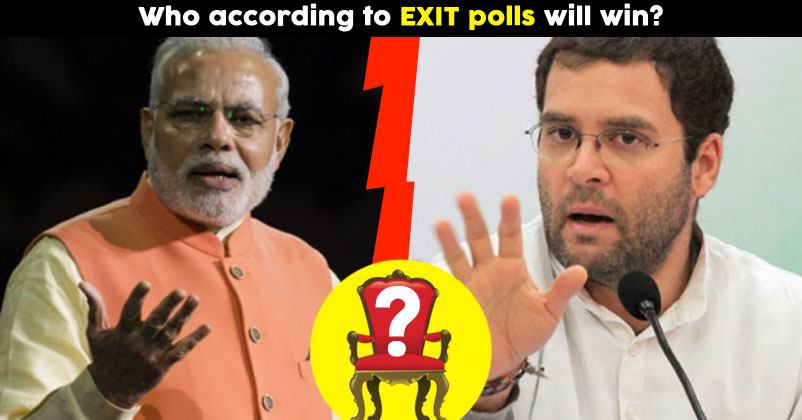 Months of restless campaigning, arrays of controversial statements and heavy polling across the nation has finally ended and now the country is waiting for the exit polls. The actual result may or may not be according to the exit polls but it is a mandatory tradition before the counting of votes starts. However the actual results will be announced on 23rd May.

All Exit Polls predict the win for BJP and looks like if Exit Polls are true then Modi will again become India’s PM. What do you think whether these Exit Polls are correct or they will drastically change on result day i.e. 23rd May? Share your views in comment section below.

Arvind Kejriwal Makes A Big Statement, Says BJP Will Get Him Murd**ed Just Like Indira Gandhi
5 Times When Actual Results Were Totally Opposite To Exit Polls Predictions