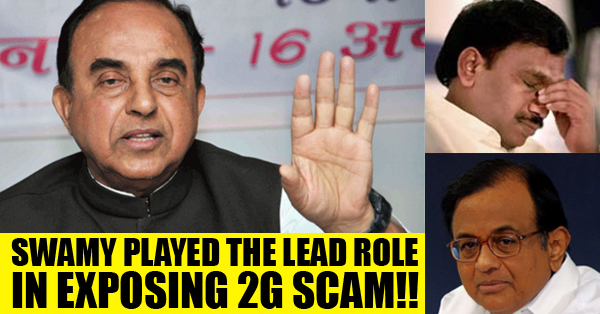 Man of the moment Subramanian Swamy was born on 15th September 1939 in Mylapore of Tamil Nadu. He is a widely known Indian Politician. He was the President of the Janata Party who merged with BJP in 2013. He was given a cabinet rank post under PV Narasimha Rao rule. Every time Subramanian Swamy is written off he comes back in his style. He is presently leading the headlines of every news station for his allegations against the Gandhi Family over the National Herald case.

Here are 21 interesting and unknown facts about Man of the Moment Subramanian Swamy..!! 2. Swamy completed his Graduation from Hindu College under University of Delhi. 4. Received a PhD in Economics from Harvard University at the age of 27. 5. While studying at Harvard, Swamy worked as an Assistant Economics Affairs Officer at United Nations Secretariat in New York 6. Married Roxna in 1966, an Indian Parsi who he met while studying at Harvard. 7. Swamy became Associate Professor at Harvard in 1969 just 4 years after obtaining his PhD

8. At the same time, Swamy received an invition from Amartya Sen to join Delhi School of Economics

Swamy accepted the offer and travelled to India but the appointment was cancelled for various reasons. With this comment Swamy was expelled from the IIT. Subramanian Swamy sued IIT Delhi for his wrongful dismissal in 1973 .He won the case in 1991 , joined the institution worked only for a day before resigning from IIT Delhi. 11. Swamy started his political career in 1974 after being expelled from IIT 13. Swamy (Opposition Party Member) was perhaps the first person to be given a Cabinet Rank by the Ruling Party.

Subramanian Swamy was appointed as Chairman of Commission on Labour Standards and International Trade by PV Narasimha Rao, Prime Minister of India in 1994. 14. Swamy dared the Emergency & flew to America after attending the Parliament session despite the Arrest Want against him 15. Swamy co-authored a Paper on theory of Index numbers with the 1st American who won Nobel Prize in Economic Sciences.

He worked with Paul Samuelson on the theory of Index numbers.

Chinese is considered as the toughest language to learn. He became an expert on Chinese economy. 17. Swamy’s Blueprint on Economic Reforms in India was later carried by Manmohan Singh, Finance Minister in 1991.

He is also known as Brian Child of Indian Economic Reforms. 19. He was responsible for re-opening the Kailash Mansarovar pilgrimage route to Indians 20. It is widely rumoured that Swamy’s Letter to then President APJ Abdul Kalam has costed the PM post to Sonia Gandhi 21. He filed cases against many eminent people.