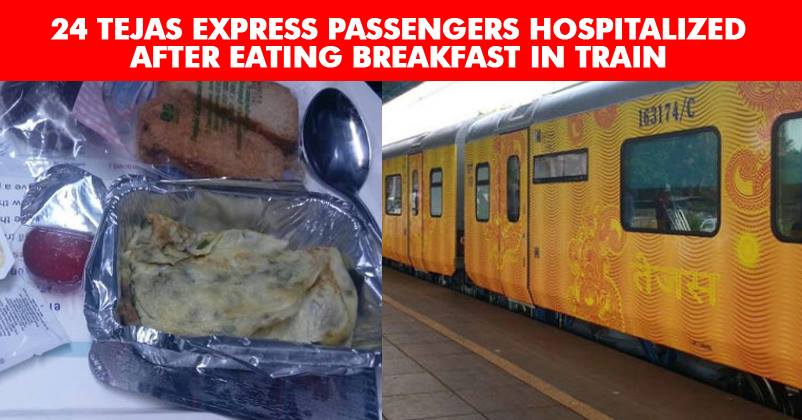 The Indian Railways has always been criticized for the quality of its food which is served to the passengers in the trains and once again, an incident has taken place which proves that still nothing has been done to make sure that travelers get safe and hygienic food. 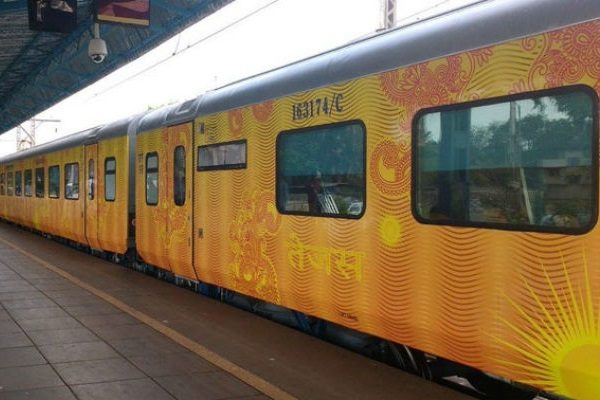 On Sunday, 24 passengers of Karmali-CST Tejas Express were admitted into government and private hospitals as they fell ill after eating the breakfast which is supplied by the operator of the train’s pantry car.

“A case of food poisoning was reported on train no. 22120 Tejas Express upon information from passengers. The train was stopped out of course at Chiplun railway station and treatment was given to passengers by railway doctor.”

As per another officer,

3 passengers out of 24 are in ICU but they are out of danger. The sample of the food item has been sent for inspection.

A press release has been issued by IRCTC regarding this incident: 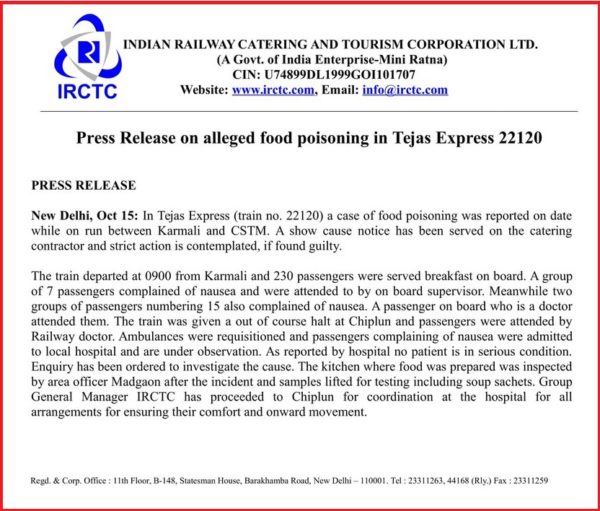 If you remember, almost 3 months back, the Comptroller and Auditor General of India, after its audit, declared the food served in Indian trains and stations as “unfit for human consumption.”

In its joint inspection of 74 stations and 80 trains, CAG found that food items were subject to dust particles and they were easily accessed by flies, insects, and even rats. The report of CAG read,

We sincerely hope that Indian Railways will learn a lesson from this incident and nothing of this sort will happen again.

11-Yr Girl Died Of Starvation & Reason Is Aadhaar. Why Such Schemes If We Can’t Save A Life?
Mukesh Ambani Reveals Jio’s Profit & You Will Be Delighted To Know It