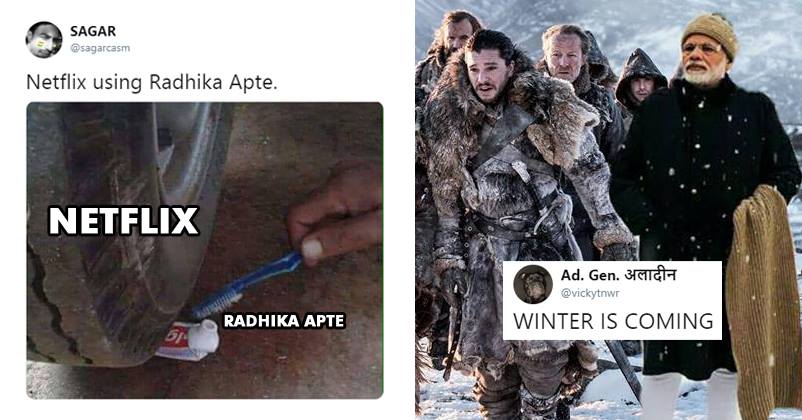 Social Media and Memes are closely related to each other and 2018 was a year which proved it. Every month, there were at least 2-3 topics which gave a pretty good fodder to the social media memers and a great time pass to social media junkies.

We all had expected 2018 to be a rocking year regarding the goals we had made for ourselves. However, we never realized how soon it passed while we were just tagging our friends in just another meme.

But no matter how much time we have wasted in tagging friends in memes, it has only helped us cop up with regular life stress. So here’s a throwback to all those topics and memes which made us laugh hard throughout 2018.

Kim Jong : I have a Nuclear button at my desk.

Trump : I have a bigger nuclear button at my desk.

Kim Jong : I have a nuclear bomb button on my desk

Donald Trump : I have a nuclear bomb button on my desk

Johnny sins: i have bomb on my desk pic.twitter.com/JOW4G4t7gn

After watching anushka sharma in #Pari , Virat kohli is like.. pic.twitter.com/MmLISZDJnB

if Dhoni was an ophthalmologist pic.twitter.com/g6Yj7gvj6C

If you Then you
don't love don't deserve
me at my me at my pic.twitter.com/qtJUUIbUms

Me : I am going to Thailand for Industrial tour

The mystery flyer is identified. Ajay Bhist's Captain had put it on auto pilot,had ejected and an excited CM was waving. #YogiAdityanath who can fly without a pilot. Same like his state UP. pic.twitter.com/Z5AODWCmRv

Moms When Diwali is near and so is the weekend. pic.twitter.com/i71HpIGh7B

When my friend asked me if he can watch #ThugsOfHindostan with family pic.twitter.com/krvnZTD3gF

Aren’t these really hilarious? Which is your favourite meme out of these?