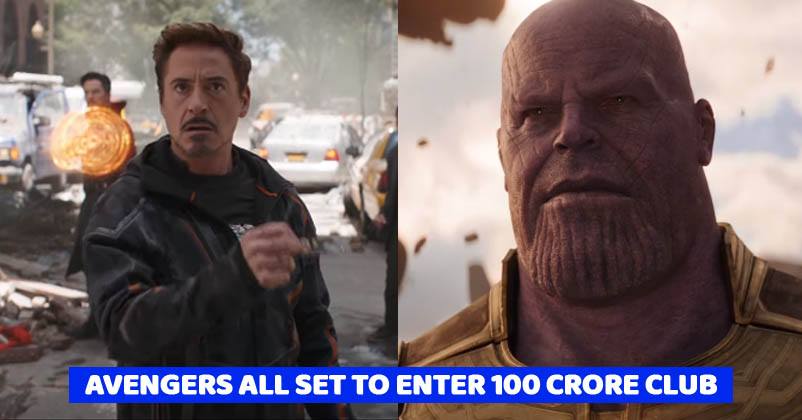 Avengers: Infinity War is probably the biggest in the Marvel franchise. Right from day 1, it is breaking records. On the 1st day, it earned a whopping 31.30 crores and set our expectations high.

Since Friday collections were so high, we expected the weekend collections to be super-duper awesome. On the 2nd day, the film maintained the same pace and collected 30 crores. The two day total was 61 crores and we thought it would reach 100 crores club on Sunday.

Even though the film didn’t reach 100 crores club, it’s very close to that. Want to know how much it earned on the 3rd day?

As per reports by Box Office India, Avengers: Infinity War has earned 32.75 crores on Sunday, thereby bringing the total to 94.05 crores.

With this total, it has smashed many big records; we never thought that a Hollywood flick would get such an awesome response in India. It has also become the highest opener in US. 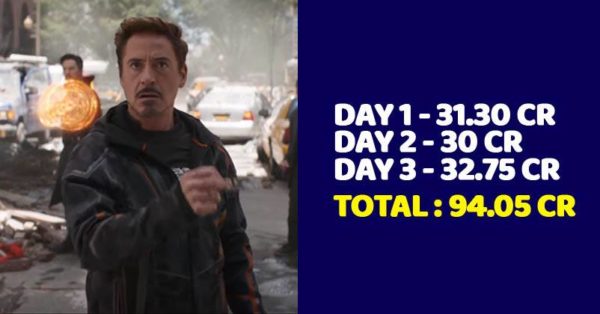 With such a strong first weekend, we think that it will do good on weekdays too. What do you feel?

Deadpool Asked To Join Avengers. This Is What Tony Stark AKA Iron Man Replied!
Sofia Hayat Throws Her Husband Out Of The House, Lost Baby Too