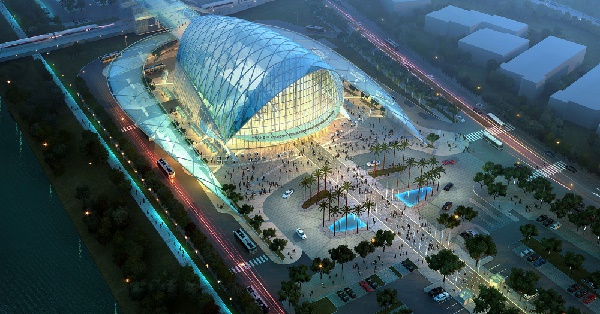 Aerial pictures naturally grab the attention and interest of everyone because of a unique look which cannot be seen even by visiting the place itself. That’s why, they are eye-catching and appeal to everyone. You might have seen a lot of aerial photos so far but the ones presented in the article are the best and most amazing pictures of all time. At one fell swoop, you could have hardly seen them before.

Following are the 5 most excellent aerial pictures of all time that can beat all other ones:

It took around a period of 30 years to build this magnificent Arc de Triomphe which is centrally positioned in Paris’ 12 radiating streets.

In this image, tankers along with cargo ships have been shown to wait at the exterior of entry point to Port of Singapore which is ranked in the second number as far as the busiest ports of the planet are concerned.

Wonderful Lamberts Point Pier 6 has been ranked as Northern Hemisphere’s biggest coal-landing station. It is situated at the city of Norfolk in Virginia.

This is the picture of Southern California Logistics Airport situated at California’s Victorville which boasts an enormous boneyard with more than 150 retired aircrafts.

This awesome photo is of a whirlpool interchange whose construction, for the first time, was done in the year 2006. What is more, this interchange links 3 prominent roads by Dubai’s Miracle Garden.

How did you find these images? Aren’t these just awesome and mind-blowing? Have you seen any of them earlier? Which one did you like the most or which appealed you greatly? Share your views regarding the article in the comments section below!