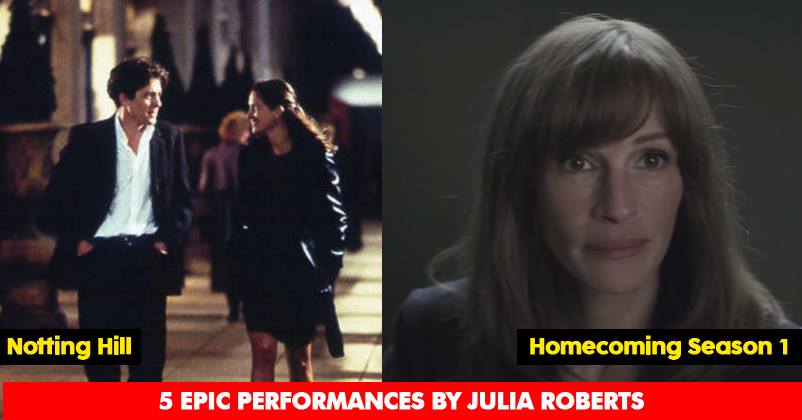 One of Hollywood’s most successful actresses, Julia Roberts is all set to make her debut on the video streaming space with an Amazon Prime Original. Yes, we are talking about “HOMECOMING”, the highly anticipated psychological thriller that has received rave reviews from critics!

HOMECOMING is a mind-bending thriller starring Julia Roberts and directed by Sam Esmail (creator of MR. ROBOT). Heidi Bergman (Roberts) is a caseworker at the Homecoming Transitional Support Center, a Geist Group facility helping soldiers transition back to civilian life. Walter Cruz (Stephan James) is one of these soldiers, eager to begin the next phase of his life. Overseeing Heidi and the facility is Colin Belfast (Bobby Cannavale), an ambitious company man whose manic demands point to questionable motives.

Four years later, Heidi has started a new life, living with her mother (Sissy Spacek) and working as a small-town waitress, when a Department of Defense auditor (Shea Whigham) comes to her with questions about why she left the Homecoming facility. Heidi begins to realize that there’s a whole other story behind the story she’s been telling herself.

Julia Roberts has always given her best in her movies and we are sure that Homecoming won’t be any different. After you finished binge-watching Prime Original ‘Homecoming’, revisit some of Julia Roberts’ best performances in her career spanning multiple decades.

A man in a legal but hurtful business needs an escort for some social events that he cannot avoid. He hires a beautiful prostitute he meets… only to fall in love with her.

A big-city reporter falls in love with a small-town handywoman who has made a habit out of fleeing from the altar each time she decides to tie the knot.

The life of a simple bookshop owner changes when he meets the most famous film star in the world.

Elizabeth Gilbert’s perfect world comes shattering down when she gets divorced. She then embarks on a journey across the world in an attempt to rediscover her true self.