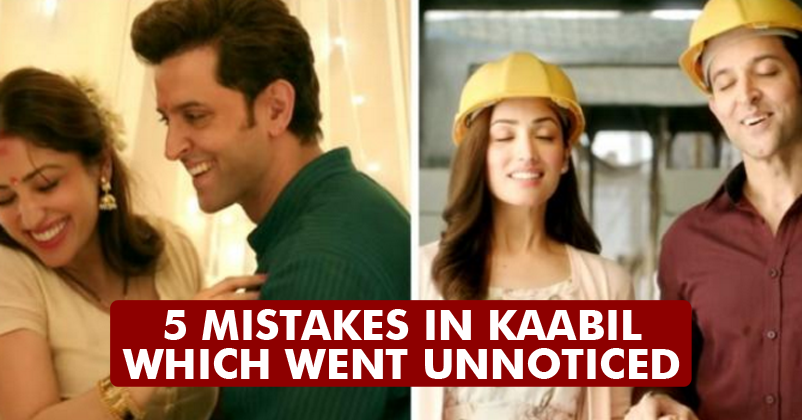 Hrithik Roshan’s new movie KAABIL has been admired and appreciated by a lot of critics for his amazing acting and the story of the movie. Yami Gautam’s effort was much admired at the same time. However, it was this unusual story that stole the limelight as it was quite a fresh piece for Indian Audience. Two blind people falling in love and later on, one going for the revenge. But when someone directs such a movie, it is always a difficult task for him to make it a flawless one. There is no denying that Hrithik and Yami did their best to capture every essence of how visually disabled people live their life, but somewhere down the line, they did miss some points that would have made their film a perfect one.

So these are the mistakes that we feel were committed in the movie.

Well, this is it. I could just hardly find 5 mistakes from the movie as it was very well directed with thorough research along with just some few imperfection.

Disclaimer – The mistakes that I have pointed out were not written with an intent to hurt the feelings of my fellow visually disabled friends. I have a huge respect for them not because of their disability but because of the way they are living their lives and leading us with an example.

Is Virat Kohli The Producer Of Anushka Sharma’s “Phillauri”? Know The Truth From Anushka
“Jolly LLB 2” – The Last Comedy Scene Of The Film Is Copied From This Video! Check Out