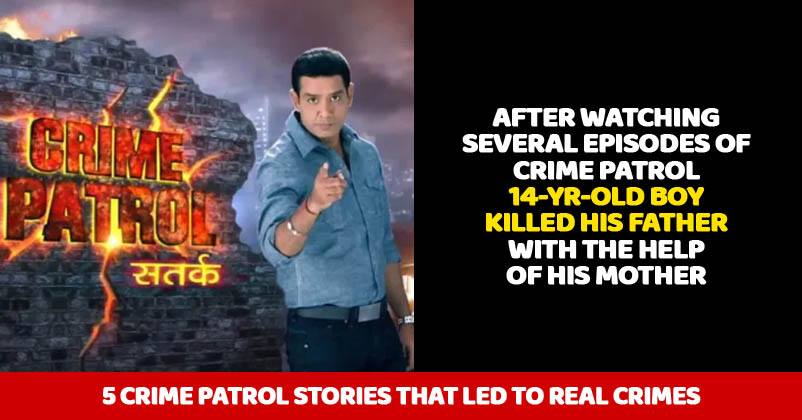 Crime Patrol is a famous crime drama reality television show. Crime Patrol is based on the motto that crime never pays, it always leads to demise. The TV show presents the dramatized version of real life crime incidents that have taken place in the country. The anchor of the series acts as a voice of conscience, he narrates the story, and also informs the viewers watching the show how they can take the right and correct measures to prevent such crimes from happening. Crime Patrol is a great show for so many reasons, the show features the reenactment of real actual crimes that took place in various parts of India which makes a thrilling television. And the fact that the show tells you how you can avoid such crimes if you’re careful and fight them with the help of the law.

Also Read: 7 Things That Only Crime Patrol Fans Will Understand!

Crime Patrol makes the viewers aware of the dreadful crimes and tragic incidences which happens around them all the time. The show aims at creating awareness because it believes that prevention is better than cure. If the audience watching at home can take small lessons from the show then it could save lives, their alertness and awareness can prevent crimes. This reality TV show also presents ugly reality of crime cases, it provides immense help and support to the victims by telling their tragic stories. The show urges the people to be alert and aware in all situations, all the time.

While the show hopes to inspire the people to become perfect citizens. But there are some people who became inspired by the show, and totally not in a good way. Unfortunately there are some incidents where monstrous crimes have been committed by the people and what’s surprising is that the motivation for these heinous crimes came from Crime Patrol.

1. A 32-year-old man from Bihar decided to kidnap his 10 years old neighbor due to financial troubles. Dilip lured the kid with a chocolate and kidnapped him. He demanded a ransom of Rs. 10,000 in exchange for the boy’s life. ultimately the police were able to trace him and save the 10-year-old Rudraksh Shetty. 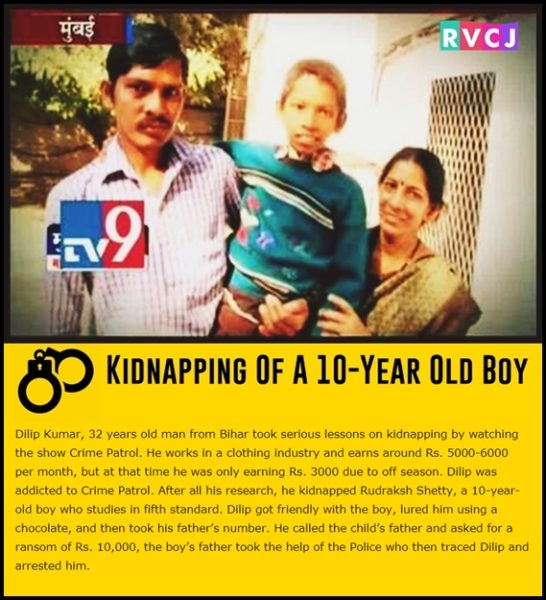 2. Crime Patrol has shown us how little things can escalate into serious matters. Naveen, a student of Delhi University along with his two friends plotted the murder of a 11th standard student named Jatin. 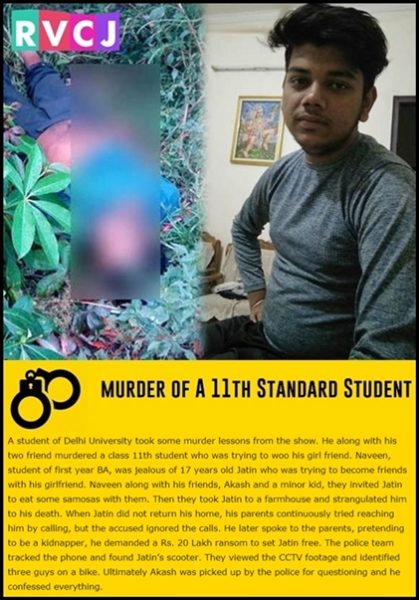 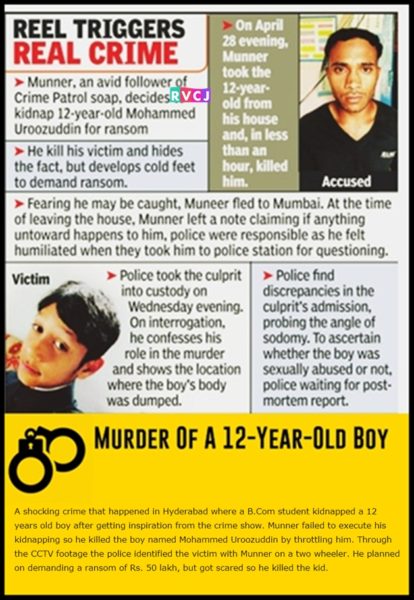 4. Another shocking incident of kidnapping gone wrong. A 19-year-old named Narendra along with his 18-year-old friend Mukesh Mochi conspired the kidnapping of Bhavesh Jain, son of a wealthy businessman. 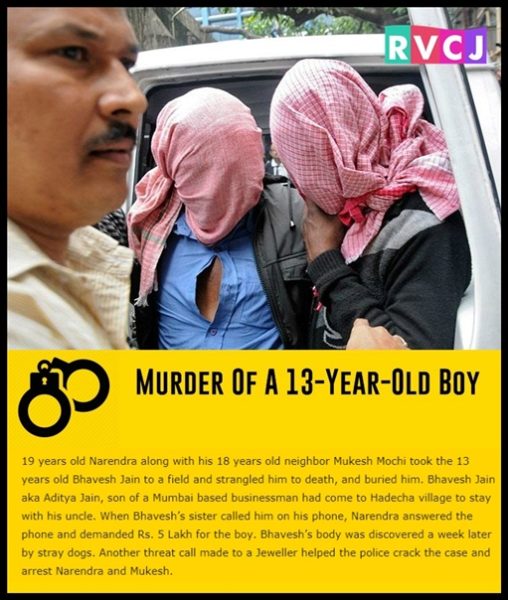 5. After watching numerous episodes of reality crime series like Savdhaan India and Crime Patrol, a 14-year-old murdered his father with the aid of her mom. The deceased man named Upendra who was the boy’s father owned a cloth factory. He used to torture the mother and the kid. 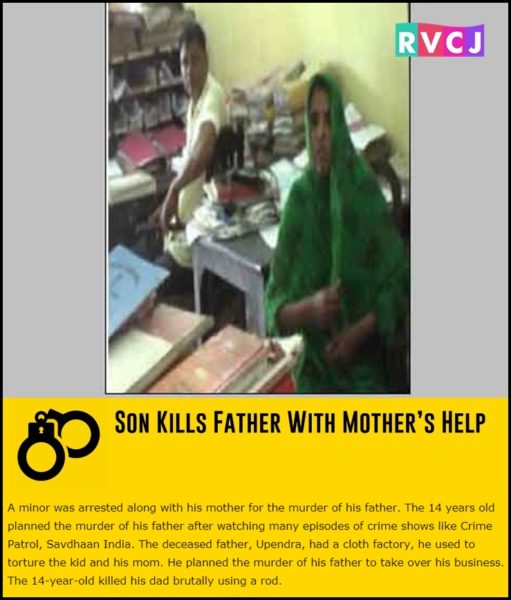