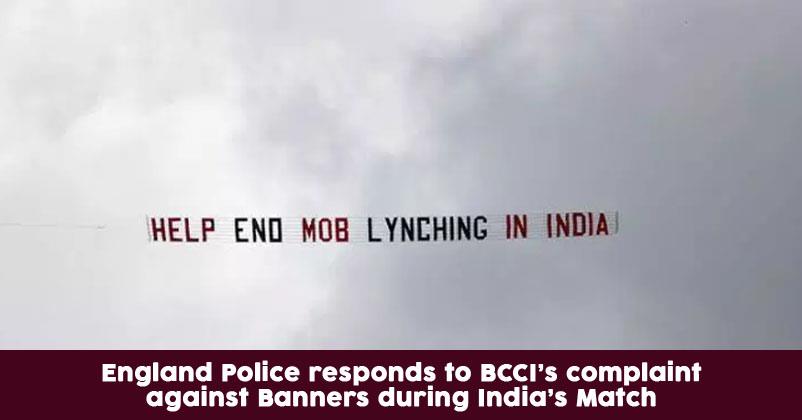 An aircraft with a large banner trailing in the sky flew over the Headingley cricket ground in Leeds cost £600. The message on the banner read “End mob lynching in India“. It is not the first time, something like this has happened during the world cup.

Messages like this have been whizzing over the ground since the last two world cups. These messages are mostly political, against India and Pakistan, like “Justice for Kashmir” and “Justice for Balochistan”. But sometimes they are personal like “Marry Me” or “Love cricket, Love Mumtaz, Leeds”.

These political messages have come under the attention of BCCI and ICC also and the former send a written complaint to the latter. A spokesman of PrivateFly, the company which rents private jets, says that technically and legally it is not wrong to fly over regions that are not no-fly zones. And since Leeds is not a no-fly zone anyone can rent a jet and fly over it with or without a placard. Even Chief Superintendent Steve Cotter, Leeds District commander said that they have no power over these aerial messages.

He further stated that in a democratic society people have the legal right to protest, and a balance always needs to be struck between that right and the rights and freedoms of others to go about their lawful business. These political messages being free speech, did not establish any criminal offense.