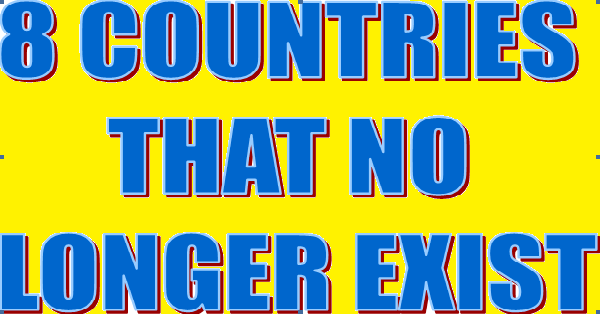 Can a country disappear? We’ve all heard the myth of Atlantis, the old Empire that sank and got lost in the sea; but there are other ways for countries to stop existing. This article presents you a list of 8 countries that ceased to exist as actual countries in the 20th century!! Siam is an exonym, a name that outsiders gave to a place where an ethnic group lives heir to the kingdom of Ayutthaya, its people call their country Mueang Thai. This is the only country in Southeast Asia never colonized by a European power. That’s right, it’s been officially known as Thailand since 1949 but Siam still holds some mysteries. Beautiful, aged, old Bangkok, capital of Siam and scene of a mystery regarding the gunshot death of its young monarch Kinda Ananda! Barely five minutes after landing on French soil, Alexander of Yugoslavia was dead. The union of the slavs of southern Europe existed from 1918 to 2003. Yugoslavia started off as a kingdom across two world wars; however, after the stoic resistance against the Nazis and fascists, Josip Broz Tito became the first ever elected president and the kingdom became the Socialist Federal Republic of Yugoslavia. Tito held the republic together until his death in 1980. Communism was followed by nationalist and the abolition of the autonomy of its states. This led to a series of tragic ethnic wars that lasted over 10 years. Finally, after the gradual independence of its national states, Yugoslavia stopped existing in 2003. You may know that the big island in the South of India is called Sri Lanka. Since it was first colonized by the Portuguese in the 16th Century and later by the Dutch in the British, Europeans called it Ceylon. It gained its independence in 1948; however, it remained as a British dominion in the Commonwealth. On a goodwill visit to Ceylon, the cruise of Norfolk joins in the crown colony’s independence celebration. The Duchess watches the Duke accompanied by the Prime Minister and the governor-general raise the flag for the new dominion. Ceylon stopped existing in 1979 when its government repudiated its dominion status and became the Democratic Socialist Republic of Sri Lanka.

The Soviet Union was born in 1922 and it stopped existing in the year 1991. It was a country that shaped the history of the 20th Century for better or worse because it was not just another country but one built under one ideology: communism, a system that had no precedent in modern history with peristroika in the eighties the Soviet Union started reforming process they would end with its dissolution on the 26 December 1991. Heir of the Tibetan Empire that emerged in the seventh Century Tibet has always been in tension with its neighboring China. In 1913, Tibet declared its independence and functioned as a country till 1951 when it was incorporated into the People’s Republic of China. From remote mysterious Tibet, news of an uprising against Chinese communist rule the young Dalai Lama revered by his people as a living Budha was reported under arrest by the Reds.

The flags of Egypt and Syria fly side by side in Cairo as the two Arab nations merge. Seen by many as a first step towards a pan-arab state, the UAR was created in 1958 due to increasing worries that Syria would become a communist country Egyptian president Gamal Abdel-Nasser became the first and ever only president of the new republic. He combined nationalization and social justice measures with the growing centralization and his government ended up in a coup d’etat that declared Syria’s independence just three years after it was born the UAR had a very short life disappearing in 1961. Existing between 1918 and 1992, it was invaded first by Nazi Germany and later by the soviet tanks. Democracy blossomed in between world wars but its central position in the middle of Europe and its ethnic diversity made it very complicated for this country to endure the 20th Century. However, two remarkable facts write its history. First, in 1989 the famous Velvet Revolution turned the communist regime into a parliamentary republic through purely peaceful means. And second, in 1992, the government solved the growing nationalist tensions with a peaceful dissolution of the country into two: The Czech Republic and the Slovak Republic.

At the end of World War 2, the allies split Germany in four but soon in 1949, two sovereign countries were formed, commonly known as West and East Germany. For forty years, the Berlin Wall drew an artificial division that became a focus point for the cold war. It wasn’t until 1990, with the unification of Germany, that these two countries stopped existing.

Do you know any more countries that no longer exist? Share with us in the comments section below. Also don’t forget to write how you found this article!!