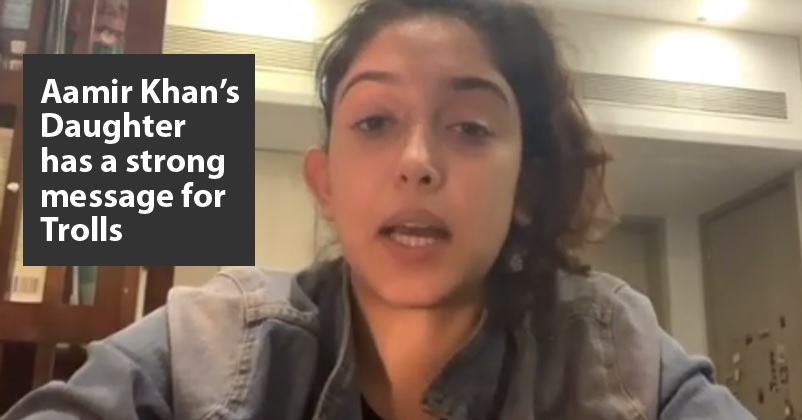 Depression is one of the most common health problems which are being faced by the Indian society, especially the youngsters but the good thing is that they are opening up about it and communication is certainly a way to improve the mental health.

Recently, Bollywood actor Aamir Khan’s daughter Ira Khan has also opened up about her struggle with depression. She has taken to her official Instagram account and revealed that she is clinically depressed for the last four years, however she is doing better now.

She also says that she is getting treated by the doctor and was hoping to do something for mental health for over a year now but as she was unsure of what to do, she decided to share her journey with everyone so that everyone can get a clue as to how they can understand themselves and deal with this issue in a better manner. She has posted the video with an intention of starting a conversation which may be helpful for many people who are dealing with issues of depression and mental illness.

A lot has been going on, a lot of people have a lot to say. Things are really confusing and stressful and simple and okay but not okay and… life all together. There's no way to say it all in one go. But I'd like to think I've figured some stuff out, or at least figured out how to make it slightly more understandable. About mental health and mental ill-health. So come with me on this journey… in my awkward, quirky, sometimes-baby-voice-y, as-honest-as-I-can-be… way. Let's start a conversation. Happy World Mental Health Day. . . . #worldmentalhealthday #mentalhealth #depression #journey #letsstartaconversation

While some appreciated her for taking a bold step, there were some who trolled her for her depression.

Ira was in no mood to deal with the trollers silently so she took to her Instagram stories and posted a warning for those who mocked her. She writes that if someone posts a hate comment once, she will delete it but if he repeats it, she will block that person. She also talked about the poll in which she asked whether she should delete the hate and irrelevant comments though they don’t bother her and 56 percent people responded with yes. 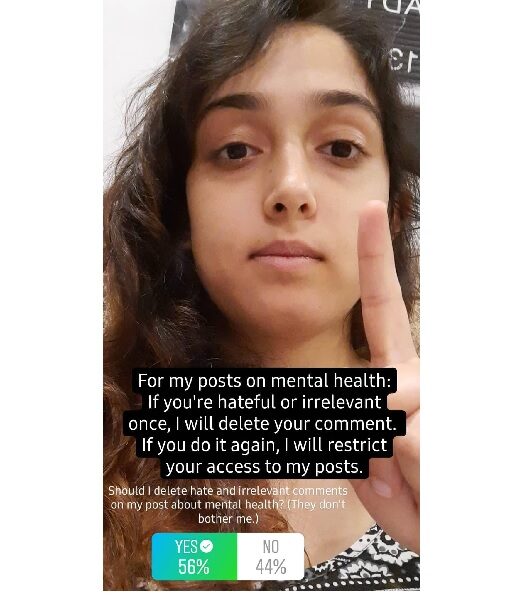 Here is what she wrote, “If you’re hateful or irrelevant once, I will delete your comment. If you do it again, I will restrict your access to my posts.”

We also request our readers to open up if they are facing any mental health issue because communication is one of the best ways to deal with it.

Girl Shares Amrish Puri’s Golden Banana Gun From “Ilaka” Movie, Twitter Goes Crazy
Big B Scolds Man Who Said He Got Bored With Wife’s Face & Will Use Money For Her Plastic Surgery