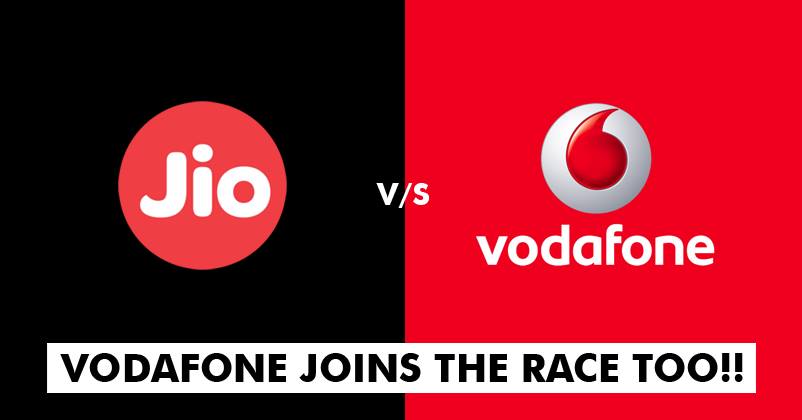 Jio has taken over the market, it has taken over the internet. Everyone is talking about Reliance Jio. People are waiting in long queues to get a Jio sim. Reliance is offering the cheapest mobile data network and the mobile tariffs for the smartphone users in the world. The landscape of the telecom industry has changed. Mukesh Ambani made an electrifying entry into the telecom industry with his Reliance Jio. The telecom market has just gotten more competitive than ever with the ambitious entry of Reliance Jio. Different telecom companies are forming partnerships, devising strategies, coming up with attractive tariff plans to compete with Jio and win the customers. Now there’s a latest development, all thanks to Jio effect, the British multinational Vodafone is planning an investment of nearly USD 3 billion (Rs 20,082 crore) in its India unit. Vodafone doesn’t want to stay behind, it is planning an infusion of $3 billion or Rs 20,100 crore into its India unit to replace its debt. As bidding for spectrum gets underway in less than a month. For the fiscal year 2015-16, Vodafone India’s standalone debt was at Rs 81,500 crore as reported by The Economic Times.

The equity infusion would intensify the competition in the Indian telecom sector. This will also aid Vodafone in getting ready to bid for spectrum auction to be held early next month. The Economic Times report said,

“Overseas market conditions make it favourable to replace the debt here with equity as the return on equity is higher here and it will cut the debt servicing costs.” Vodafone will defer the planned IPO, it will have to reevaluate it. According to reports, Vodafone India is expected to raise Rs 13,300-20,000 crore through its IPO. Vodafone spokesperson spoke to PTI,

We have started IPO preparations, which includes conversations with banks, but no final decision has yet been taken as to whether or not we will IPO.”

So what do you think guys? Will this investment bring Vodafone to the top? Share your views and opinions in the comments!