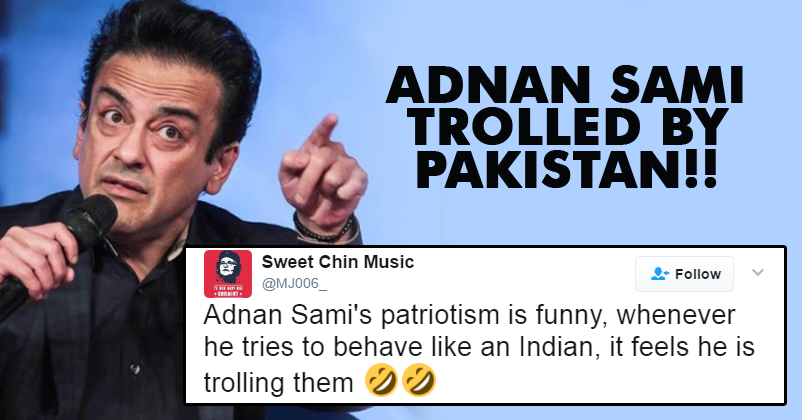 We have all known and loved Adnan Sami for his immense talent and amazing singing.

Now the singer is embroiled in a new controversy because of his recent Twitter post.
We all know about the Snapchat fiasco that is creating quite a stir in our country. The CEO quoted our country to be poor as alleged by one its ex-employee.

Now many people in India have uninstalled Snapchat, so did our Lift Kara De singer Adnan Sami. He even took offense over the comment and posted a strong message on Twitter.

Adnan Sami received his Indian citizenship in 2005 and back then he confessed that there is no intolerance in India.

The Twitter users from his neighboring country did not take this sportingly and they strongly condemned it. He became a troll target and there were serious trolls on the singer.

Adnan Sami's patriotism is funny, whenever he tries to behave like an Indian, it feels he is trolling them 🤣🤣

A Person Who wasn't True Pakistani! His 1st country, How Can he be a true indian?
A wanderer Dog Finding Bone..😂😂😂

What do you guys feel, Adnan Sami deserves trolls for being supportive to Indians or this is just another level of low? Do let us know in the comments section.

Sonu Nigam Complained About The Sound Of Morning Azaan! Twitter Brutally Thrashed Him!
Sonu Nigam’s Tweets Have Created Troubles For Sonu Sood! Here’s How People Are Trolling Him!