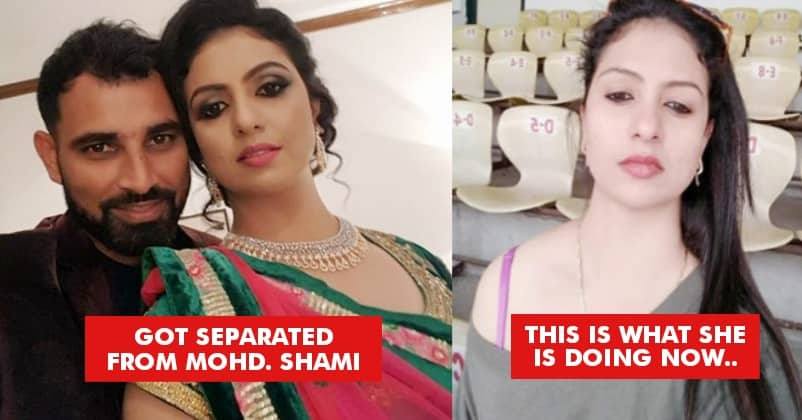 Indian Cricketer Mohammad Shami and his wife Hasin Jahan’s dirty fight has been overstretched and we all have got every minute detail of it.

Hasin Jahan had alleged Mohammad Shami for cheating on her and some even more serious allegations. This had led to a great dispute between them which turned quite ugly with time

Talking to TOI, she said-

“I gave up my career, my likings and my dreams for Shami because he didn’t like my career. But now that he has deserted me, I am striving to reclaim the fame and popularity I had once achieved.”

“I hesitated at first to call up my old friends, with whom I had lost touch. But I have to work to ensure a better future for my daughter and my old friends responded.”

Hasin Jahan is also keen to opt for the acting career along with modelling. Recently she took to Twitter and posted a video and wrote-

Do you think she’s right?

Sreesanth Undergoes Major Transformation & Looks Like Hulk Now. Twitter Feels Bhajji Will Be Scared
Hardik Pandya Gives Special Gift To Dhoni. He Trolls Him Back With This Comment