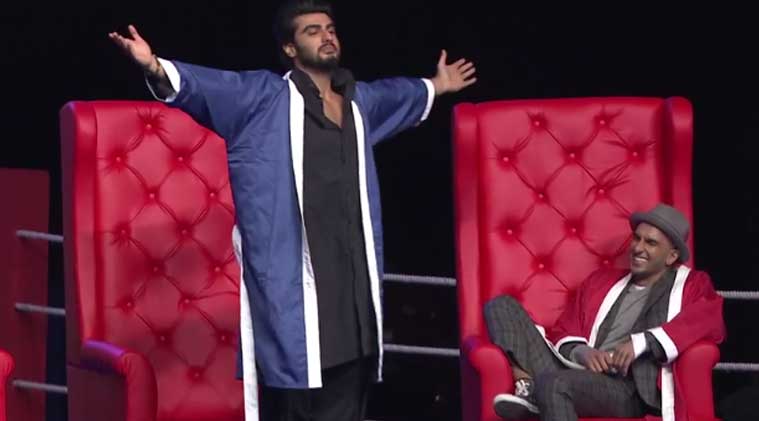 AIB recently launched a show, Most Awaiting :- The AIB Knockout The Roast of Arjun Kapoor & Ranveer that went viral all over internet.

This show got lot of appreciation as it took the comedy to another level in Bollywood. These kind of comedy roast show are common in west and other foreign countries and same was well appreciated by Indian audience too but you know India is one of the most “Pavitar” country in the world where you cannot use abusive language.

Tiwari said “I have given letter to Sakinaka police demanding a criminal complaint be lodged against these so-called youth icons Karan Johar, Arjun Kapoor and Ranveer Singh. The show, which can be seen on YouTube and other websites, was extremely abusive and it is not only ruining the clean image of the Indian culture & women, but is also misleading today’s youth”

Prasanna More, Senior Inspector at Sakinaka police station, said “We have received the written complaint. We are inquiring into the matter. Once we reach a conclusion, appropriate action would be initiated, if required.”

We personally didn’t think it was offensive as all the jokes were on the judging panel (including few on Deepika & Alia Bhatt). If those persons don’t have any objection then why others? It was not telecast on TV and was uploaded on Youtube where it’s individual right whether to watch it or not. Moreover show was only for 18+ audience. If this gonna happen in comedy roast then we can never match with the standards of west.

Let us know your views about it in comments section below.

The Combat Of The Deadly Duo- Aamir Khan To Star With Rajnikanth For Robot 2
IRCTC Launched Cash On Delivery Of Train Tickets At Your Door Step!!