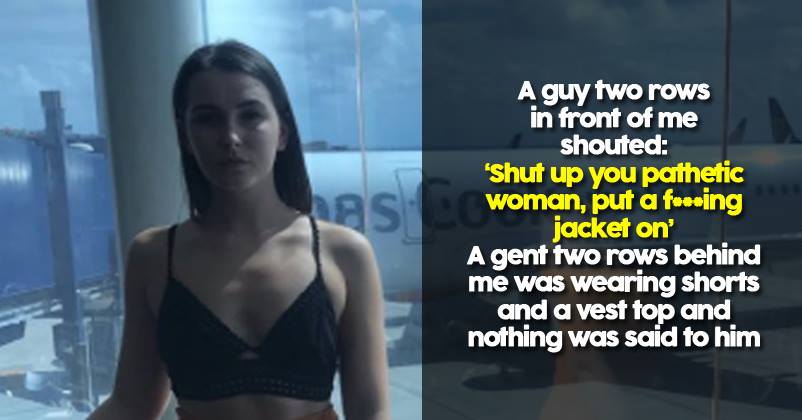 From time to time, we come across stories on the internet where women are “instructed” on what clothes to wear and the ones that might attract the wrong kind of attention. And it makes our blood boil with rage.

I mean, it is 2019, guys. And we still need men to dictate what we can and cannot wear?

This latest incident has been going viral, and for the right reasons. A British woman named Emily O’Connor was travelling from Bham to Tenerife via Thomas Cook airlines and underwent a harrowing experience for her choice of clothes. 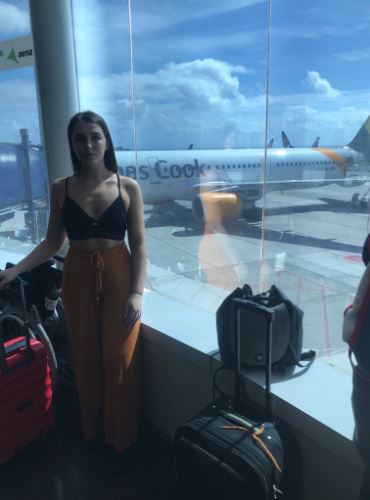 In her tweet, the girl can be seen wearing a black crop top and beige pants – a combination that seems perfectly acceptable to us. But clearly, it offended the crew on board.

They raised concerns about her outfit and told her that it was inappropriate. They even gave her an ultimatum – she had to cover up or she would be removed from the flight.

Flying from Bham to Tenerife, Thomas Cook told me that they were going to remove me from the flight if I didn’t “cover up” as I was “causing offence” and was “inappropriate”. They had 4 flight staff around me to get my luggage to take me off the plane. pic.twitter.com/r28nvSYaoY

I informed the staff that there is no “appropriate wear” policy stipulated online. I stood up on the flight and asked if anyone was offended, no-one said a word.
Would really appreciate if you could vote and share on the below!

To top it off they allowed a man hurl abuse at me whilst the Flight manager and 4 air staff stood and said nothing.

She was apparently even verbally abused by passengers on board:

asked the plane (as they were all listening now anyway) if I was offending anyone, no-one said a word. The manager then went to get my bag to remove me from the flight. A man then shouted “Shut up you pathetic woman. Put a f*cking jacket on”- the staff said nothing to him

The experience has clearly left her traumatized:

I was given a jacket by my cousin sitting at the front of the plane and they did not leave until I physically put it on. They made comments over the speaker about the situation and left me shaking and upset on my own.

This was the epitome of misogyny and the women later claimed how embarrassed and humiliated she felt. After the incident went viral, Thomas Cook airlines also issued an apology.

They said that like most airlines, Thomas Cook too had a stringent attire policy. However, the crew on board should have done a better job of handling the situation.

This is downright shameful.