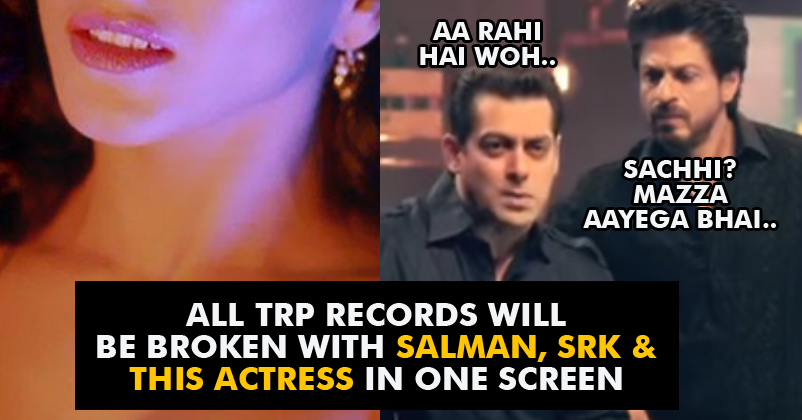 There is a lot of buzz surrounding the special episode of Bigg Boss in which SRK would grace the sets for promoting his upcoming flick Raees. The promo had left us excited and we definitely look forward to this episode in which the rocking jodi of Salman and SRK will come together. But wait, this is not it; there’s some more tadka added to it. Any guesses?

Well, SRK will not come alone but will be accompanied by sizzling hot Sunny Leone. With Sunny coming on Bigg Boss, the temperature is sure to soar high. According to reports, Sunny would shake her leg on the famous number Laila Main Laila and will also make SRK & Salman dance.

Reports say that this particular episode would be shot on the 20th of January i.e. Friday and SRK will be seen shooting for 2 episodes. You will get to see King Khan in 2 back to back episodes which would be aired before the finale.

Apart from the dance numbers, there would be games and unlimited fun. The promo which went viral on the internet few days back had already given us an idea as to what this episode will contain.

Sunny had been a contestant on Bigg Boss and her association with the show is quite old; she says “It was really really nice. It was actually my five year anniversary, through that same week.” This would surely be a masaledaar experience for all of us, aren’t you waiting for it? Do share your views in our comments section below.

2nd Day Collections Of OK Jaanu Are Out! It Has Miserably Failed At The Box Office!
Twitterati Went Crazy After Dangal Won 4 Awards! Here’s How They Reacted On Filmfare’s Winner List!