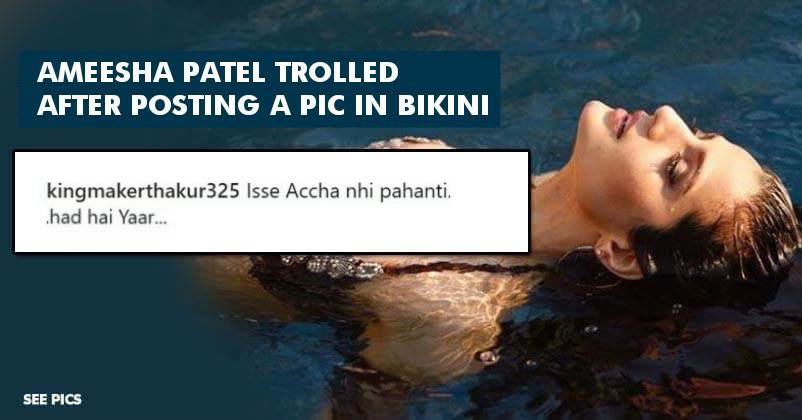 Once Upon A Time When Kaho Na Pyaar Hai & Gadar released, Ameesha Patel was one of the most loved Bollywood actresses. But time is a very important factor and it’s known for turning the tables around.

Ameesha Patel’s ship of stardom sunk with time to never float again. Though she appeared in some big films like Race, Race 2, it didn’t help her career.

These days Ameesha is trying to get popular on social media where she keeps on posting her racy photos. Have a look-

Many of her fans love the photos but she gets heavily trolled too.

She was trolled for her bold photos some time back and now it happened to her all over again.

Ameesha took to Instagram to post the photos from her recent hot photoshoot. According to some of her followers, the photos were more revealing than enough and they trolled her for it.

Have a look at some of the comments-

Continue Reading
You may also like...
Related Topics:Ameesha Patel

Salman Khan To Return With 10 Ka Dum After 8 Years. Charging Huge Money Per Episode
Salman Still Not Forgave Arijit. After Removing His Song From TZH, He Replaced Arijit In This Film