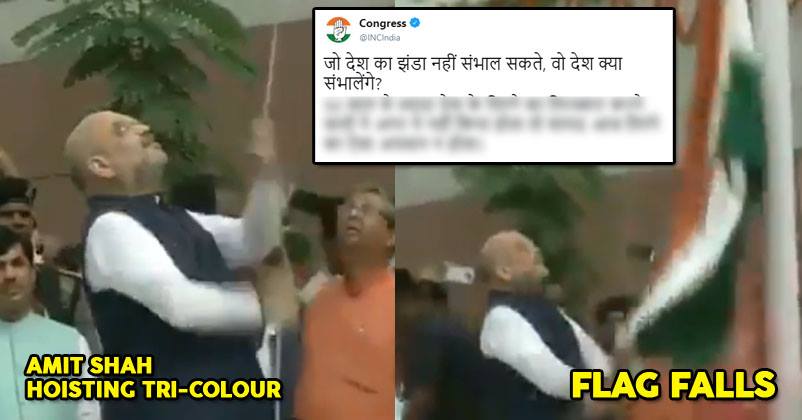 Indians are celebrating the 72nd Independence Day today and flag-hoisting ceremonies are being organised at various places. PM Modi hoisted the Indian tri-colour at the Red Fort while party President of BJP Amit Shah hoisted flag at the BJP headquarters. 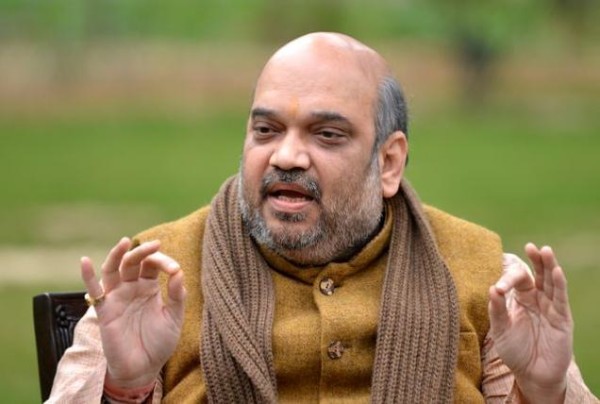 However, Amit Shah found himself in an embarrassing situation as while hoisting the flag, when he pulled the rope, the flag dropped on the ground by mistake. The mistake was corrected soon but the blunder was done and the video of this unfortunate incident went viral on the social media networks.

In fact, the commentator/news anchor was also shocked at what happened and was not able to control his emotions and uttered, “Tch Tch Tch… Disaster…”.

Wishing a healthy and long life for the DD news commentator who could not hold back his "tch tch tch… Disaster…" remark upon seeing this performance by BJP's national president: pic.twitter.com/dnbCOWNZZH

Congress didn’t miss the chance to troll Amit Shah for the incident and taking a jibe at the party, it tweeted as to how people who are not able to handle a country’s flag will run the country. If they would not have disrespected the tri-colour for more than 50 years, it would not have been disrespected like this today. Those who give certificates of patriotism to others do not even know the proper way of singing national anthem.

We are sure that a lot is going to be heard in this matter in the coming days. What do you say?

Guy Offers Money To Pakistanis For Tearing Indian Flag. Their Response Won Hearts
Here’s What Images On The Back Side Of Indian Currency Notes Represent