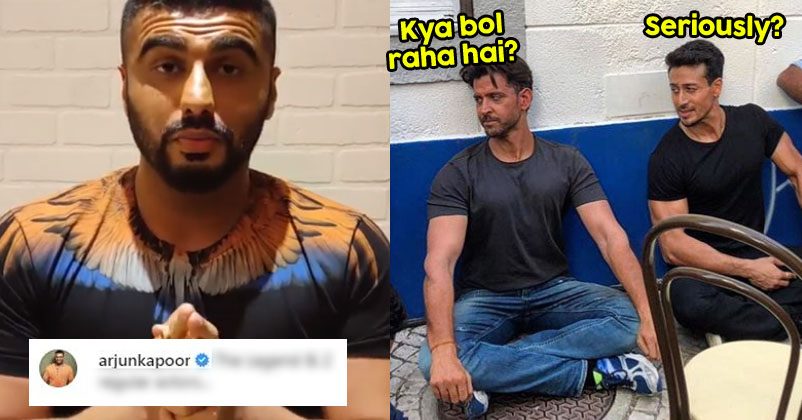 WAR is one of the most anticipated movie of Hrithik Roshan and Tiger Shroff. The trailer was released on Tuesday and it was an instant hit. It is now trending on YouTube and the trailer has already crossed 35 million views.

Desi twitter is super excited to watch the student teacher duo on screen in Yash Raj Films next mega October offering. In the movie both Tiger and Hrithik play the role of a protagonist.

Recently, the Baaghi 2 actor took to his Instagram handle to share a picture of himself with Hrithik Roshan and the director of WAR Siddhart Anand. Tiger published the picture with the caption, I got your back sir Hrithik Roshan and hopefully Siddharth Anand got ours!

The director of WAR responded to the post with a hilarious caption, I got a lot more than just your back.

The Most Wanted actor Arjun Kapoor also wrote, The Legend & 2 regular actors. Netizens were busy wondering whom did Arjun indicate as regular actors and legend?

Well, it seems like Arjun had a funny banter with his colleagues. So we shouldn’t stress much!