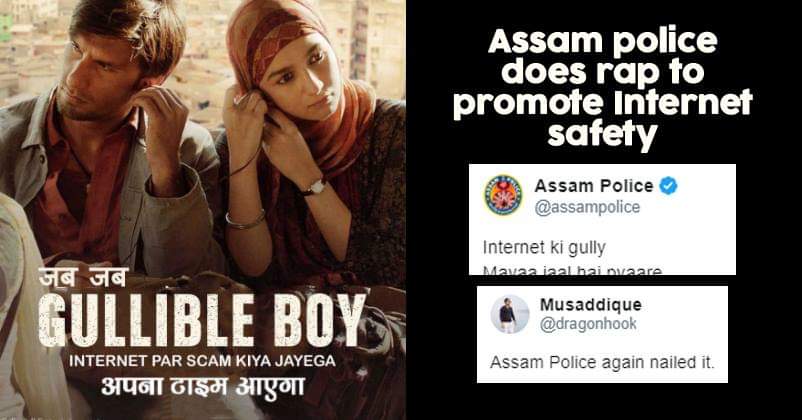 Assam Police would not be the first to do so. Ever since the trailer for Ranveer and Alia’s Gully Boy came out, the songs and raps have become subject to numerous memes and rhymes.

In fact, Mumbai and Nagpur Police have also used Gully Boy memes to spread awareness on various issues in the past, and now Assam Police has joined the bandwagon.

Netizens can’t get enough of this song and frankly, it’s stuck in my head too. Check out what they have to say:

Its insanely rocking, 😁AP what are you doing? I mean who is your creative head? so good😇👌

What do you think of the Assam Police’s rapping skills?

Shilpa Shetty Looks Stunning In This Red Leather Saree, We Can’t Take Our Eyes Off Her.
Alia And Ranbir Caught Fighting On Camera, Fans Say She Should Never Have Dated Him