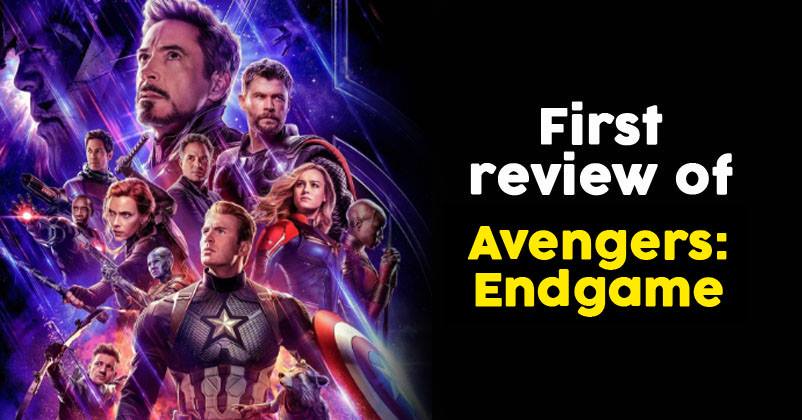 “Avengers: Endgame” is one of the most awaited movies of the year 2019 but the good part is that now we don’t have to wait much as the flick is going to release on 26th April, 2019. There is no doubt that this film is going to be a magnum opus, especially when we have seen the grandiose of “Avengers: Infinity War” (2018).

The movie will showcase some other superheroes along with the OG 6 (Captain America, Thor, Iron Man, Black Widow, Hawkeye and Hulk) who will fight together in the final battle against Thanos. The premiere of “Avengers: Endgame” took place in Los Angeles yesterday and some fans and journalists along with the cast got the chance to delight themselves with the magnificent experience. 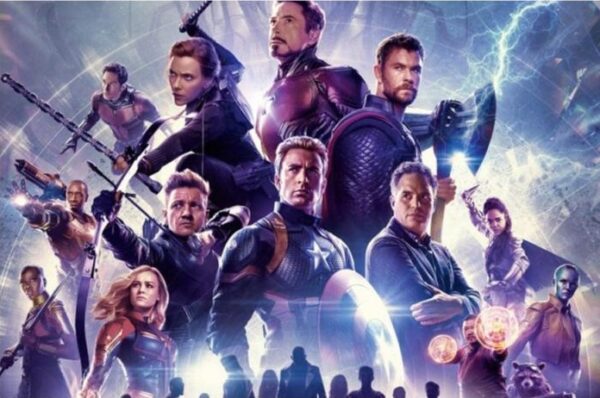 If we go by the Twitter reactions, we can say that it is something which has never been seen before. As per the fans, “Avengers: Endgame” will make you cry, laugh and cheer so much that you will be short of words.

Just watched Avengers: Endgame. I don’t believe hyperbole is possible for this movie. It is the ultimate Marvel movie in every way possible and words cannot describe how epic it is. And yes, Hawkeye is a rockstar.

Imagine the best possible version of #AvengersEndgame and somehow the film still surpasses all expectations. I cried 5-6 times. It’s the most emotional, most epic, MCU film. A tribute to ten years of this universe and holy shit the great fan service in this movie. Soooo good.

I just can’t remember a cinematic experience like the one I just had with #AvengersEndgame. Simply blown away. I feel like that movie was made for every Marvel fan, everywhere.

#AvengersEndgame is every bit the masterpiece it deserves to be. It’s extraordinary. It is a conclusion worthy of the greatest cinematic saga of all time! Congratulations to everyone who had anything to do with this film, or the 21 films before it. I am emotionally spent. pic.twitter.com/2Yiu3ZIimC

#AvengersEndgame is filled with so much comic book awesomeness that you may not be ready! Great blend of action, emotion and humor while keeping the stakes high throughout. Truly an achievement in blockbuster filmmaking.

#AvengersEndgame is a masterful epic – a true culmination of 22 films that not only concludes the story, but expands upon it. You’ll learn more about the other movies while this one unfolds. If Infinity War is the brawn, Endgame is the brains. And wow, what an ending! pic.twitter.com/94ttBUQKJ0

Just came out of the #AvengersEndgame premiere!! I’m at a lost for words!! I witnessed cinematic history. I’ve never cried, laughed & cheered so hard at a movie ever. Y’all are in for a heck of a ride!! This movie will forever change the MCU & how cinematic universes are seen!!

This can't be understated: #AvengersEndgame is everything you want it to be and more. I am absolutely floored. A perfect reflection on the last 11 years that pays off everything in the best way possible. Without question my new favorite Marvel Cinematic Universe film. Stunned. pic.twitter.com/5LvFw9UEBQ

Just got out of the world premiere of #AvengersEndgame. Have a lot of feels. pic.twitter.com/Ayv3eOfNpP

Wow. #AvengersEndgame is staggering. It’s surprising in ways I never saw coming and satisfying in ways I didn’t realize I needed. It’s kind of the ultimate gift to fans of the MCU. It’s very long and has a few hiccups, but is everything you’re hoping for and more. pic.twitter.com/RO97kw9fs5

#AvengersEndgame is an astonishing, amazing film. I’ve never seen anything like it. This movie is everything I wanted to be and SO much more. Amazing.

Don't know how any @MarvelStudios fan walks out of #AvengersEndgame disappointed. Movie is loaded with incredible set pieces and tons of small character moments that leave you wanting more. An epic conclusion to 10 years of Marvel movies. Thank you to everyone that worked on MCU. pic.twitter.com/HbXkwuYL5y

Man #AvengersEndgame kicked my ass. It was an epic conclusion to 11 years of films. It had laughs, incredible action and absolute emotional rollercoaster. It was the series finale for these cast of characters that I had been hoping for. Congrats to all for pulling off the feat.

“Avengers: Endgame” has leaked online and it is being said that the leaked portion has some important scenes of the movie; however, the makers have made an emotional appeal to the audiences to watch the flick in cinema halls. We also feel that a lot of hard work has gone in making the film and we can at least show respect to their devotion and dedication by watching it on big screen only. So have you booked your tickets in advance?