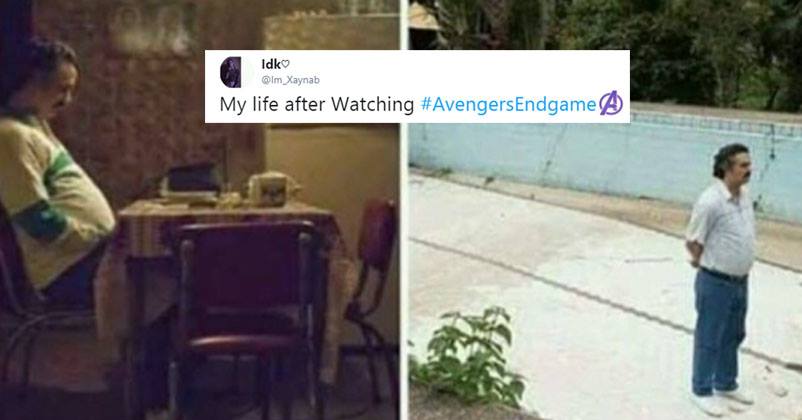 Avengers: Endgame has finally attacked the theatres after a long wait. Marvel Cinematic Universe (MCU) fans have all got emotionally drained after watching the movie either doomed for the spoilers.

The fans have gone to extends for buying the tickets of the road to the endgame. In India, many multiplexes are screening the movie post-midnight at 1.02 am and 3.15 am, also super early in the morning at 5.05am.

Avengers: Endgame is dominating the social media platforms with heartwrenching spoilers, reviews and hilarious meme’s. Thanos will snap away from your google search history. This is how insanely Endgame has taken over the digital platform.

Me 7 hours later at 2am: pic.twitter.com/07xWNzXPYS

MCU fans are staying away from their social life to stay from the spoilers which can end their game. Twitter is flooded with meme’s which has been refrained from spoilers and how the fans reacted after watching the movie without talking much about the film rather sobbing.

Have a glance at the tweets No Spoilers :

"I have an appointment with Dr. Strange in PVR".

Me : I can't come to the office today. I am not feeling well

Boss : Which hospital are you visiting? Inox or PVR?#AvengersEndame

what i looked like while watching #AvengersEndgame tonight… ahh my heart and soul #ThankYouAvengers pic.twitter.com/EzeTof9act

This was literally me and my friend coming out the cinema on Thursday… #AvengersEndgame pic.twitter.com/x6GiPeLJct

Now that #AvengersEndgame is out in the world, you all can finally live without the fear of me spoiling it 🙈@brielarson @RobertDowneyJr @TessaThompson_x @Renner4Real pic.twitter.com/qBJL7lTkfZ

Let's put this in perspective, for most of us, this franchise has existed for half of our lives. We have grown up with these characters. We've seen them grow & complete their character arcs.

Part of the Journey is the end, & it's been an Incredible Journey. #AvengersEndgame pic.twitter.com/aRvy3V4aje

The people who haven’t watched the movie yet try to stay away from your social responsibilities for a while.