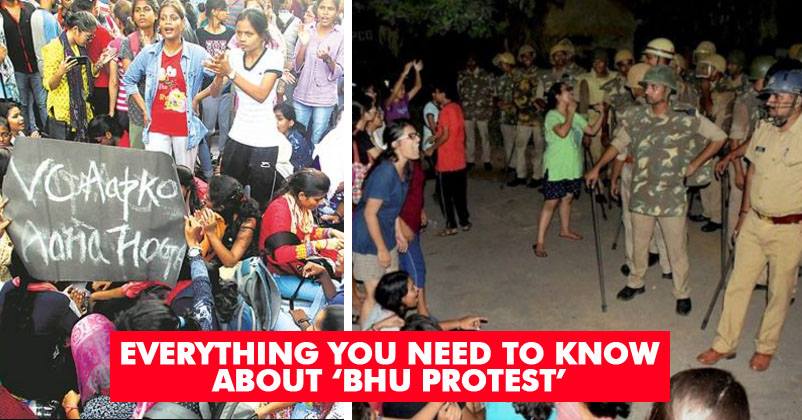 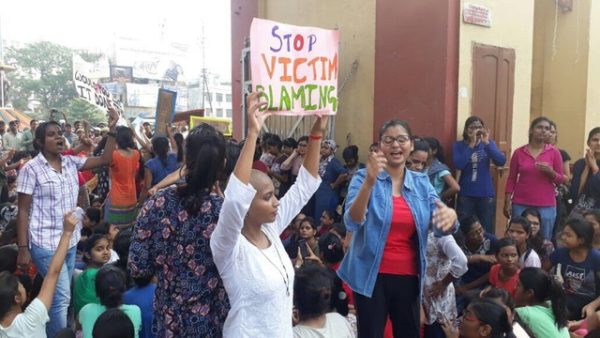 Recently a female student of BHU was harassed by two boys in the campus premises. According to the reports, she is a student of the first year of UG Fine Arts who was going back to her hostel after her class. The two boys came on a motorcycle, molested her and sped away.

The girl said that she called for help but no one came up. There were security guards who saw her but they ignored and walked away. The chief proctor asked her not to tell anyone about this nor report about it because the Narendra Modi was going to be in the town of Banaras. Disappointed with the answer the girl went to her warden and narrated the whole incident thinking that being a woman at least she would understand and do something. But alas! the warden went to a different level and blamed the victim and questioned her character. 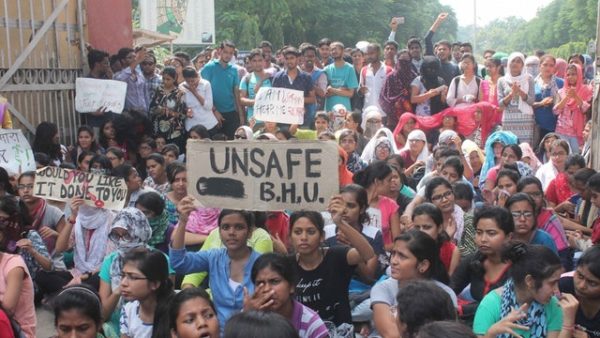 The girl did not lose hope and went and told all her friends, classmates, and hostelmates about this incident. After this, more than a hundred girls raged in fire assembled near the main entrance of the university and staged a protest against this.

A student of the university Akansha Singh shaved her head to support the victim. She too was a victim of harassment and molestation before in the campus premises only. She thinks that this move of hers might dissuade the molesters. 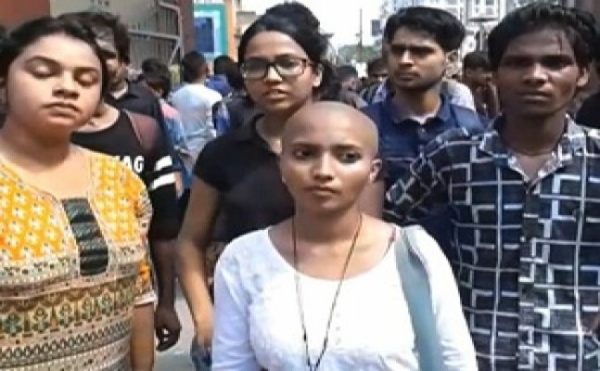 According to a report from The Hindu, the VC of BHU Girish Chandra Tripathi said that nothing in written has been given to him and the protestors are not from the university. They are led astray by some other people who just want to disturb the peace.

“But the purpose of this dharna is something else…politically motivated. PM Modi is visiting Varanasi. What better time for them…” 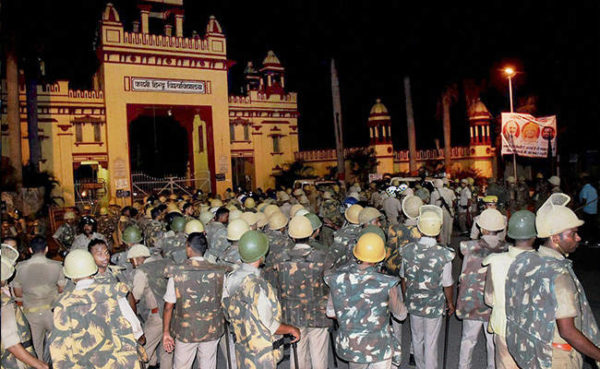 A written complaint has been sent to the VC through the teachers but the VC has not spoken anything nor has he taken any action. Many boys of the hostel and some with political backlinks joined the dharna and assured that they would try to ensure their protection. 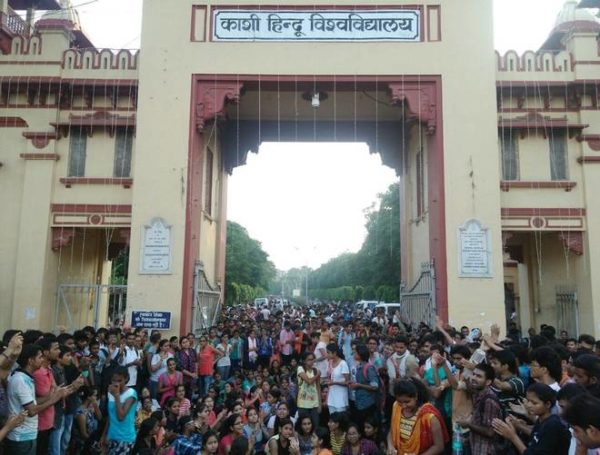 On Saturday night the crowd was Lathi Charged by policemen. Many girls and boy got injured. Some got so serious injuries that they were immediately taken to the hospital for treatment. Tear gases were used to disperse the crowd which was uncontrollable. Three motorcycles were put on fire. The policemen were attacked and therefore they used batons. Some sources revealed that they tried to enter the girls’ hostel as well. More than 1500 policemen are there to maintain the law and order inside the campus. 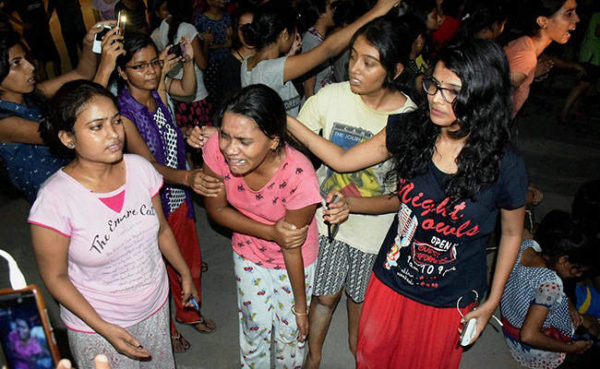 What politicians are saying?

Chief Minister Yogi Aditynath has asked the in-charges to sort the matter and submit a report. “I have sought a report from the Divisional Commissioner, Varanasi, about the entire incident,” Adityanath said.

Rahul Gandhi commented on this matter and said “BJP version of Beti Bachao, Beti Padhao in BHU”. JD(U) leader Sharad Yadav criticized this unfateful event and said “We will raise the issue in Parliament… It is intolerable in a democracy and the government should apologise…”

The Shameless BHU VC dont even have time to hear the voice of these girls, we demand his immediate suspension. #UnSafeBHU

Several videos are going viral over the internet where policemen are seen brutally beating girls. Many journalists who joined the protect and the ones who went to cover the issue were injured due to the clashes. The university has declared holidays till 2nd October. 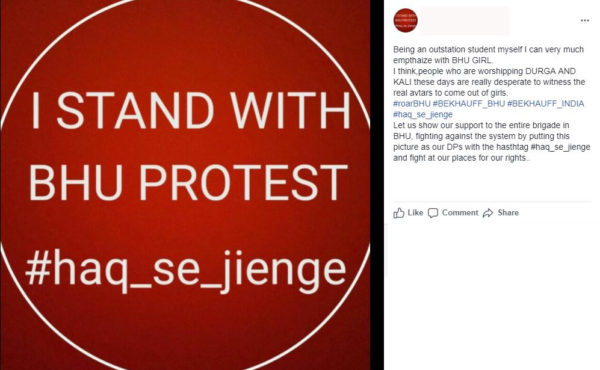 The issue of eve-teaching was growing on the campus. Many girls complained about various issues to the administration but no one took any action and thus this incident worked as a trigger of the uproar.

This Couple Might Be Jailed For 10 Years For Walking On Road With 3.2 KM Long Saree
Shop Charged Man Rs 21 Extra On Mineral Water. He Filed Complaint & Got 12,000 Compensation