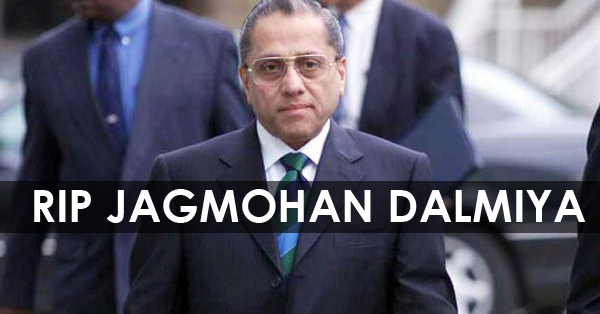 It was reported couple of days back that BCCI chief Jagmohan Dalmiya has suffered heart attack and was admitted to a hospital in Kolkata. There was news yesterday that he was stable and was being constantly monitored by the team of Physicians. He won the election in 1997 to become the president of International Cricket Council. Just minutes back he passed away due to brief illness. He died three days after he complained about pain in the chest. Soon after the illness he was admitted to B.M Birla Hospital. A true bengal lover. He was the president of Board of control for cricket in India and also served as President of the international cricket council.
Born on May 30, 1940, he was a giant in sports arena. Respect his contribution to the world of sports.
if Sachin Tendulkar changed Indian cricket, then Jagmohan Dalmiya changed BCCI administration. May his soul rest in peace.

Most Inspiring Story You Will Read Today: From 155kg To Personal Trainer In ALMOST 18 Months
This Girl Is Seeking Justice Through Facebook. Do You Support Her?