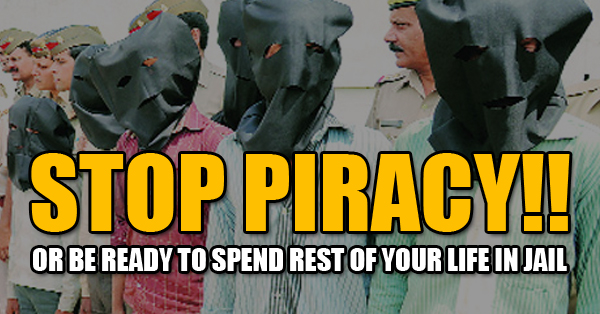 On Monday, three students were arrested by Cyber Crime department for uploading pirated copies of Tollywood movies namely “Rudramadevi”, “Balebale Magadivoi” and “Bahubali” on their websites.

On October 10, the Cyber Crime Department of Hyderabad received a complaint from Gunasekhar who is the producer and director of recently released movie “Rudramadevi”, about the distribution of his movie on various websites.

It made Gunasekhar furious that on the release date of movie, the pirated copy was found on the internet through the website ‘Movierulz.to’, it is then he complained about it to the CSS (Central Crime Station). The police registered the complaint under the IT Act, 2008, and the Copyright Act, 1957.

After that police tracked down 3 students who used to run pirated movies website and arrested them. The arrested people are Prashanth Chaitankar aged 20 pursuing Aeronautical Engineering from Institute of Aeronautical Engineering, Pavan Kamble aged 20 pursuing B.Tech and Tanveer Ahmed an MBA student. They confessed of running dozen of these websites which catered the same material. According to Additional Commissioner Of Police Swathi Lakra, “The accused used to earn around 15,000 to 20,000 by advertisements on their websites. Till now they had uploaded 1200 movies online on their websites.

Apparently the accused students used to buy the print from ‘Movierulz.to’ and then upload them to their dozens of websites. Police seized two computers, a router and two cellphones from 2 engineering students.

We at RVCJ urge all our readers, not to indulge in these kind of activities. It might land you in jail and moreover it takes a lot of hard work and money to create a movie or a song. So please respect the work of creators and STOP PIRACY.

Don’t forget to share your thoughts in the comments section below.

Man Caught Neighbor Having S*X With His Wife & Cut Off His Genital On The Spot
Modi Broke His Silence For The First Time On Dadri Incident. Do You Agree With Him?