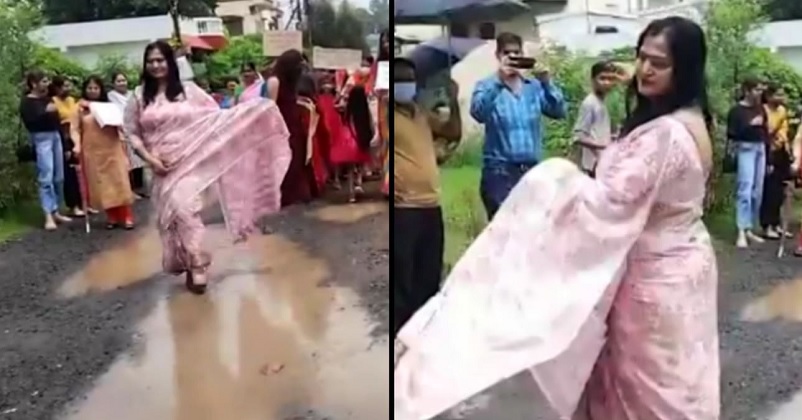 There are a number of problems which are faced by the Indian citizens and many times such issues are the result of inactiveness of the authorities. While some people choose to adjust with their problems, there are few who do not like to sit back silently and they express their resentment by means of protests. These protests are done either by carrying out a campaign on the social media networks or by going on the road and organizing dharnas. However, the residents of Bhopal’s Danish Nagar held a unique protest in order to express their frustration over the poor condition of roads. 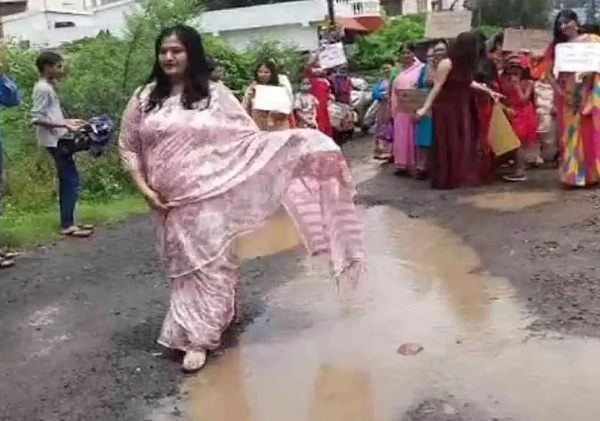 As per a report published in a leading daily, the residents of Bhopal’s Danish Nagar held an interesting event in which women and children performed catwalk on the potholes of their area. Anshu Gupta, the organizer of the event, has claimed that no development has taken place in the area despite the fact that the citizens of the area pay high taxes.

He further adds that they have contacted the authorities, elected representatives many times and asked them to help them in regard to the lack of amenities but all their efforts have gone in vain so now they have organized a catwalk protest on the water-filled roads and potholes of the area. He goes on to say that if the authorities don’t listen to them even now, they will neither pay taxes nor will they cast their votes. 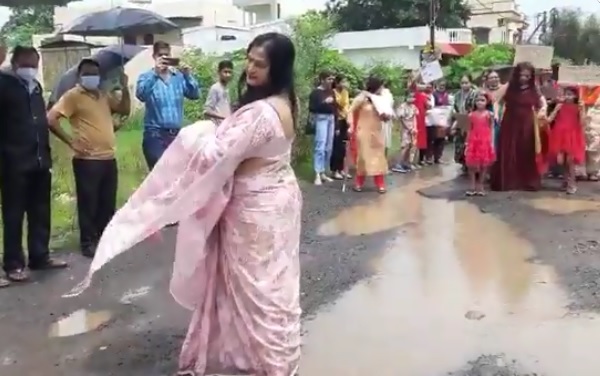 During the protest, the participants also had placards through which they took a jibe at the chief minister of the state who made a statement in 2017 that the roads of Madhya Pradesh are better than the roads of USA. A resident also questioned as to why they are paying taxes when the roads are not getting repaired and accidents are taking place at a high rate.

Here you can watch the catwalk on the potholes, water-logged and water-filled roads:

WATCH | In this unique show of protest, a group of women from the Hoshangabad Road area in Madhya Pradesh’s Bhopal held a ‘catwalk’ on the potholed roads to get the attention of the authorities.#viral #ViralVideo pic.twitter.com/Kbfie2TTdu

Hopefully, the authorities will wake up now.