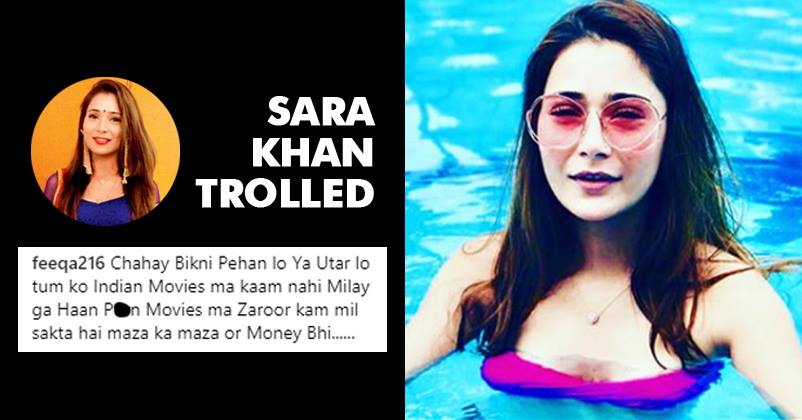 Sara Khan, the model and TV actress, is once again in news and this time for posting a photo of herself in a bikini on her Instagram account.

Sara, who started her TV career with the serial Sapna Babul Ka…Bidaai, is one of the most popular television actresses and other than taking part in the reality show Bigg Boss 4, she has worked in many other serials. On August 6, Sara turned 29 and celebrated her birthday in Dubai with her friends; nevertheless the same day, she was admitted in a hospital as she suffered from food poisoning. 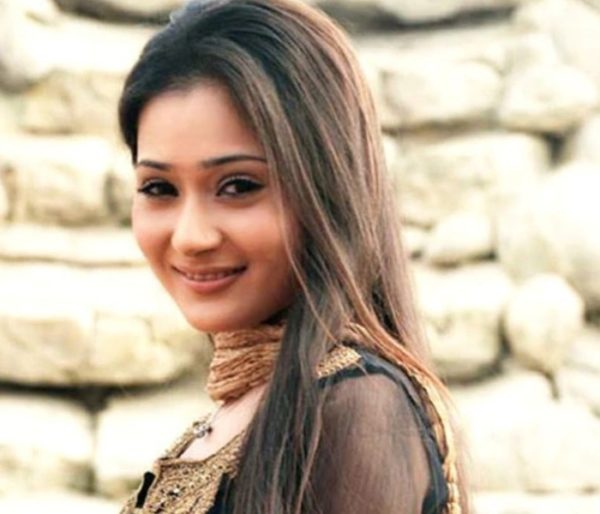 Earlier, controversy was created when n*de photos of Sara Khan in bathtub were shared online by her sister by mistake and now she is getting trolled for posting a photo in bikini.

She shared her hot pic with caption,

The trollers are targeting her more because of her religion and some of them are even asking her to change the religion.

Celebrities getting targeted on social media platforms in nothing new but why these trollers do not understand that the girls of today are in no mood to live their lives as per the choices of others. They are independent and strong-minded and don’t give a damn to the hate message sent to them.

Did Nick Jonas Mistakenly Leak The News Of His Engagement With Priyanka?
Atif Aslam Slammed By Pakistanis For Singing Indian Song. He Had The Best Response