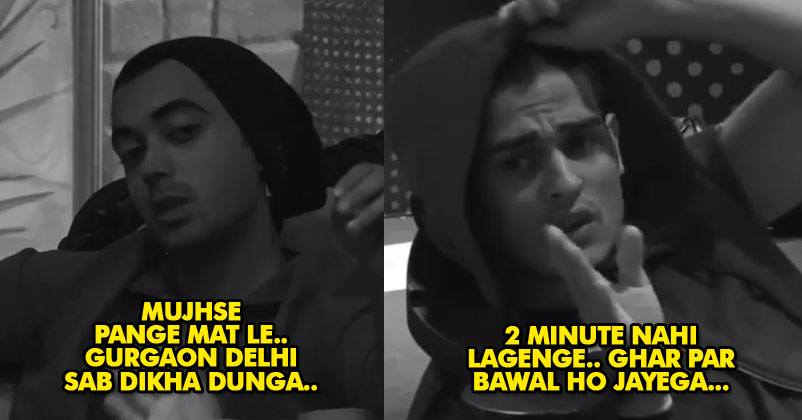 Bigg Boss 11 is going to get all the more interesting, as only last 5 weeks are remaining. It would be very interesting to see how contestants would survive and fight each other.

Competition is getting tougher and many friendships are turning into enmity. One pair of friends that remained intact was that of Luv Tyagi and Priyank Sharma. They were best of buddies and always stood for each other in tough times. However, the shocking twist is that now, they are seen being involved in a war of words.

A new promo is out, in which Luv, Hina and Priyank are having a heated argument. Luv hides something from Hina and Priyank, which makes Priyank furious. He starts arguing with Luv and soon, it turns into an aggressive argument. Hina Khan tries intervening between the duo, but all in vain.

Priyank even brings Luv’s father in between, which doesn’t go down well with him. On the other hand, even Luv threatens Priyank that he will not spare him. Seeing this argument, Hina gets very nervous and doesn’t understand what to do. She tries to stop them but both of them don’t pay heed to her efforts.

Watch the video and see what’s happened to their friendship;

I am loving this!

He is more deserving!

He is more deserving than priyank..

Use kar rahe the!

Finally puppies fighting and Luv has got his voice back.. Idk what this Priyank thinks about himself..just look at his attitude 😑

What do you think after watching the video? Will they patch up again?

Vikas Called Hina “Chalu”. Twitter Is Having Fun & Wondering What Will Happen To Vikas Now
Dia Mirza Doesn’t Use Sanitary Napkins And The Reason Will Make You Proud Of Her