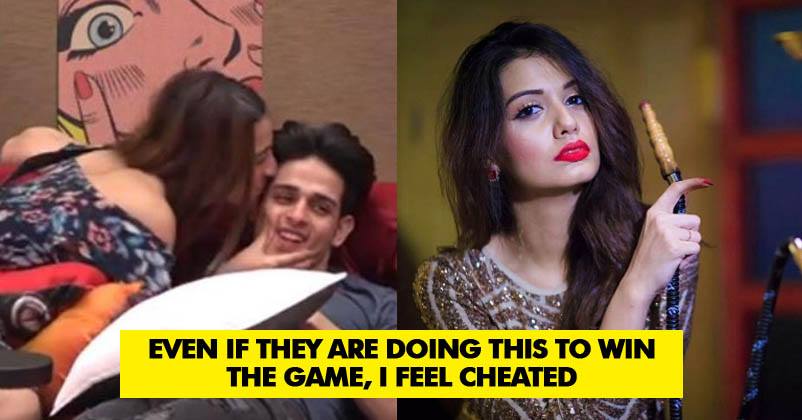 Priyank Sharma has been making headlines ever since he took part in the controversial reality show Bigg Boss 11 and even after being evicted in the beginning, he managed to re-enter the show. Since then, he is in limelight for all the wrong reasons and now his alleged girlfriend Divya Agarwal has broken up with him on account of his closeness with Benafsha. She made an announcement of separation with Priyank lately during a music launch event. Undoubtedly, she is hurt and depressed with what she saw in the show.

“I don’t want to be called one of Priyank Sharma’s girlfriends. Whatever he saying or doing in the Bigg Boss house currently makes it clear that he has at least 4-5 girls in his life. If he is so confused about us and calls our relationship just a connection that he made in Splitsvilla, then it is better we are not together. That’s the reason I’ve decided to end this relationship.” 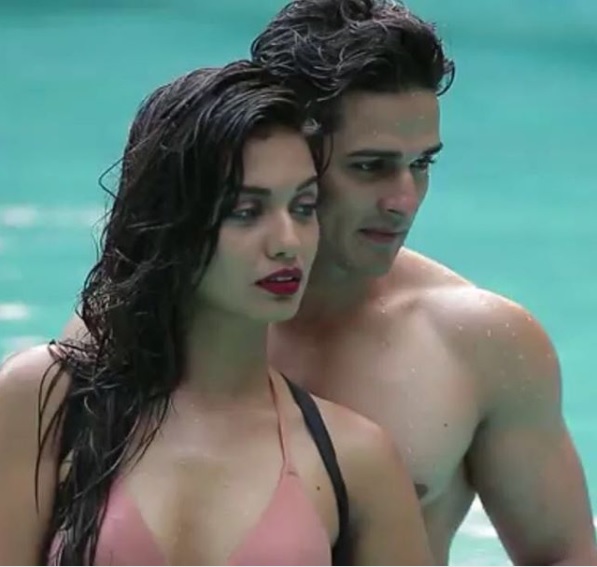 Divya didn’t stop here and went on to say,

“There are other men in the house, but they don’t roam around in the Bigg Boss house asking for a massage from every girl. There’s Hiten Tejwani, Vikas Gupta, Luv Tyagi; they have never asked for a massage or sat on a girl’s lap.”

The model also expressed her views over Priyank’s comments on the closeness of Bandgi and Puneesh at a time when he is indulged in the same act. In her words,

“I don’t think he has any right to comment against Puneesh, at least they are openly admitting that they are in a relationship in the Bigg Boss house unlike him who is sticking to Benafsha Soonawalla and calling it as mere friendship. People warned me about Priyank’s nature, but I never believed them. My parents were watching last night’s episode with me and they were hurt to see him talking about other girls.”

According to her, the closeness of Benafsha and Priyank distressed Varun Sood, boyfriend of Benafsha, as well. She said, 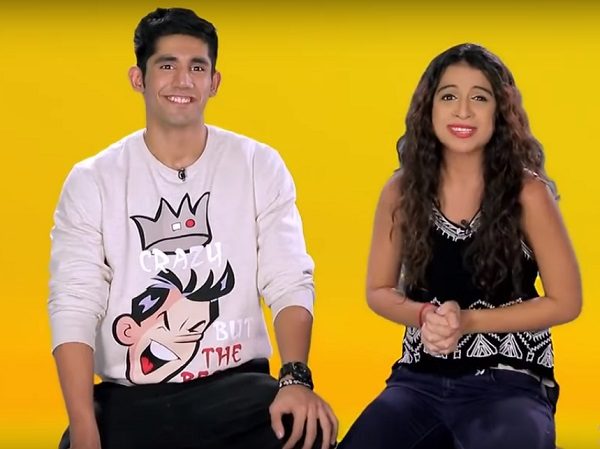 “Even Varun is stressed, but he wants to wait for Benafsha to come out clear things with her. As in the past she has been vocal about their relationship. I salute his patience level.”

Divya expressed her rage over Benafsha as she has indulged in a relationship with Priyank despite knowing about the bond that she shares with Priyank. As per her,

“Even if they are doing this to win the game, I feel cheated. There are other contestants as well who have come in the show with the same goal of winning it, but they are not resonating to such cheap tactics. I am most upset with Benafsha. She and I belong to the same friend circle, still she is doing all these things with Priyank. He can’t take me for granted and it is better to end the relationship.”

Divya has no interest in going inside BB house; however, she definitely wishes for making to the house for a day, just for clarifying issues with Priyank.

Should she be given a chance to be on the house for a one-day visit? Let us know your views.