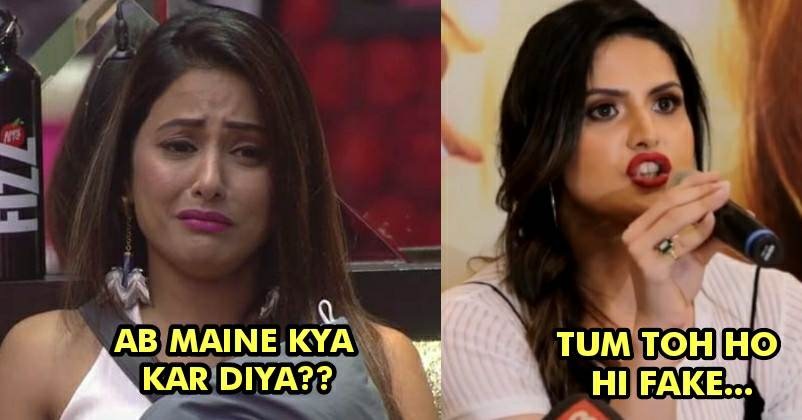 Hina Khan has created a lot of controversies ever since she stepped in the house of Bigg Boss. She has been a favourite of many but it won’t be wrong to say that she is gradually losing her fan following.

It’s clearly evident that her stints in the reality show have invited wrath and mockery on the part of the “Yeh Rishta Kya Kehlata Hai” actress. She has often been trolled on social media, especially the micro-blogging site Twitter, where haters called her fake, arrogant and what not!

Hina made one of her most controversial statements when she fat-shamed south Indian actresses and called them bulgy. She claimed that she was offered two movies of big production houses; however, she rejected them because she was asked to put on weight. As per her, the makers of south Indian films want to see the curves of actresses bulging out from the saree.

“I had also received two offers, which demanded me to put on weight. Both the films were made by big banners.”

For this, she was brutally trolled by not only common people but also celebrities like Kriti Kharbanda and Hansika Motwani.

Now Zareen Khan, who was also body-shamed in college as well as in B-Town in her initial days, has expressed her anger at Hina for the insulting and derogatory statements made by her. Zareen even went on to the extent of calling Hina a liar and ‘fake’.

Here’s what she told SpotboyE,

“I really don’t know what to tell Hina Khan. She didn’t accept a role because she was asked to put on weight…but it’s surprising because she is an actor.”

She further said that some really good and big Bollywood actors didn’t hesitate in transforming their body-shape as per the role’s demand, such as Randeep Hooda and Vidya Balan.

The “Hate Story 3” actress further stated that it’s completely Hina’s choice if she didn’t want to make a compromise with her looks. However, at the same time, she expressed her utter sense of confidence, saying that if Hina got the opportunity to work with such a big actor or director, she would not have refused the offer. 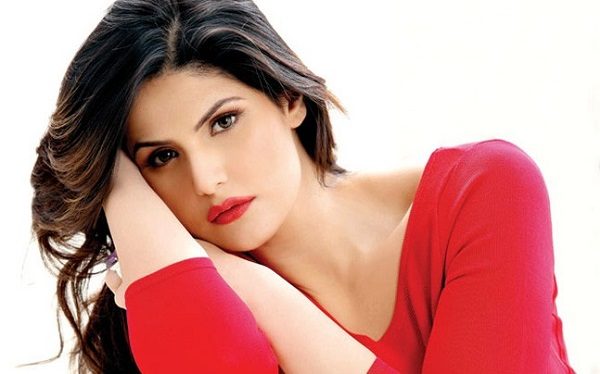 In simple words, Zarine is aimed at saying that Hina didn’t get any such offer and she was merely telling a lie.

Previously, Kriti Kharbanda wished for slapping Hina for her remark. In her words,

“I had great respect for Hina Khan before that. She is a very big name on television. That is not how you talk about people. You can look at me, I have been an actress down south (and I am not bulgy). There is no need to (say such things on national television). It’s rather unfortunate that an actor is talking like that, and an actor of that caliber, that too. What do you mean ‘bulging, bulging’ do thappad khayegi udhar hi (I will slap her then and there).”

What do you have to say about Hina’s bulging comment? Let us know.

Rishi Kapoor Lost Cool At A Female Fan Who Asked Him For A Selfie
Anushka Sharma Shared Pari’s Poster. Fans Fit Virat Kohli In It & Hilarious Memes Flooded On Twitter