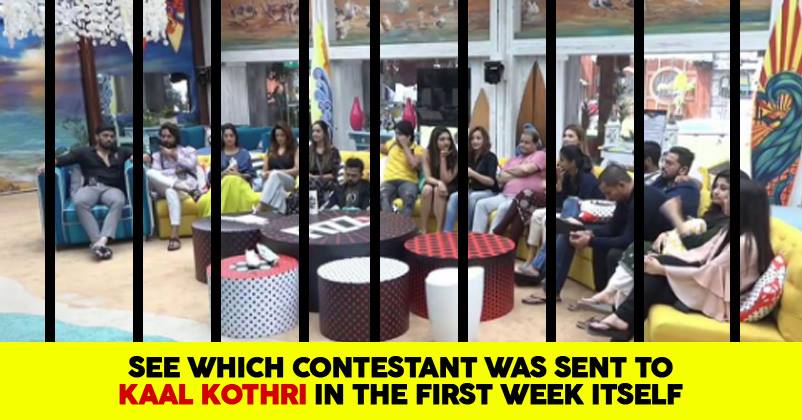 India’s one of the most loved reality show Bigg Boss is currently running on Voot. The show is back on your screens with its 12th season and things have started getting pretty intense.

After a lot of drama in the house, Bigg Boss has finally announced the Kaal Kothri ki sazaa to three contestants. The decision was to be made by contestants earlier as they were asked to choose 1 Jodi and 1 single contestant.

The names that were suggested by the contestants were Deepak, Romil, Nirmal and the Khan sisters. But then Bigg Boss decided to take the decision himself and announced Kaal Kothri punishment for Karanvir Bohra, Romil Chaudhary and Nirmal Singh.

Well, that’s really shocking and makes us think what will happen in the coming episodes of the season.

If the previous seasons of Bigg Boss were any less, BB12 is one notch higher when it comes to creating controversies.

Did Sreesanth Use A Mobile Phone At Bigg Boss House? What Was He Doing?
Big B Pulled Anushka’s Leg For Giving Flying Kisses To Virat Kohli During Match. See The Video