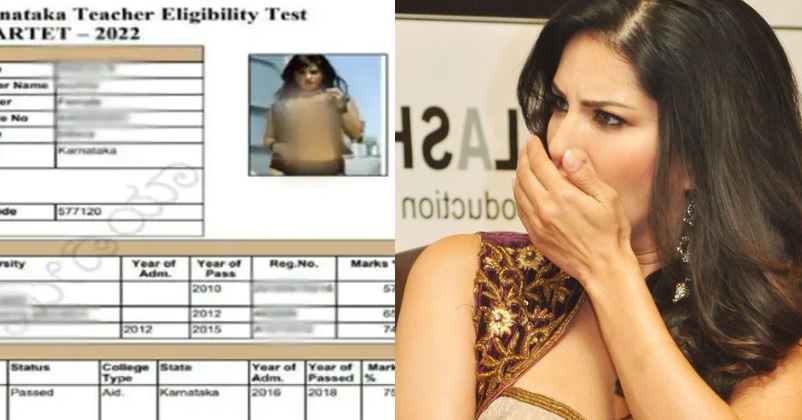 Bollywood actress Sunny Leone is one of the most popular celebrities of the present times. She has a huge number of followers who love to see more of her on the big screen but there is one place where they won’t expect to see her even in dreams and that is on the admit card (hall ticket) of an examination. 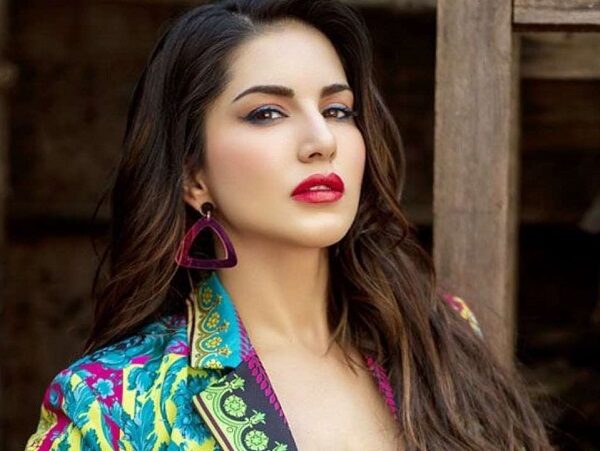 Recently, a weird incident took place in a college in Karnataka where a candidate produced her hall ticket on which the photo of Sunny Leone was printed in place of the photo of the candidate. The matter came into light in Rudrappa College where the candidate appeared for Karnataka Teachers’ Eligibility Test (TET-2022) on 6th Nov 2022. 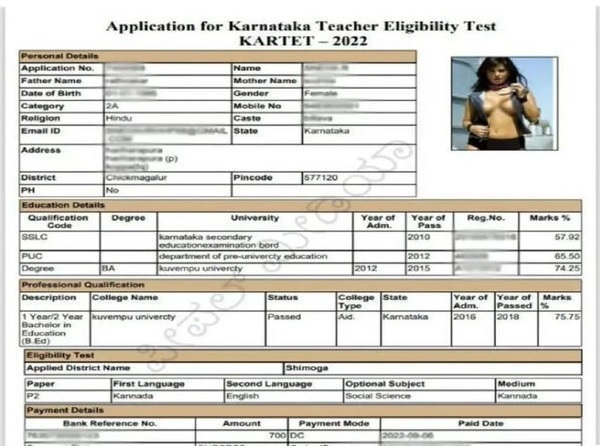 As the issue came into the notice of the Principal of the college, he registered a complaint with the Cyber Crime Police. As per the police, the mistake is made at the time of uploading the documents and photo while filling the application online. He police confirms that the candidate has told them she hasn’t filled the application form online herself, instead she has asked others to do it for her.

The education department was getting slammed by mediapersons and politicians for the goof-up because of which the education department issued a statement in which it clarified that it has nothing to do with the generation of hall ticket because everything is done by the candidate only. The education statement further says that while filling the application form online, each candidate is provided with a unique id and password which is completely for the candidate only and no other person knows about it.

Karnataka TET Exam admit card has Sunny Leone adult photo.
Congress has alleged that it's fault of KA education dept, which govt has refuted.
However, the candidate said, she took help of husband's friend in filling up forms and uploading photo at exam portal. pic.twitter.com/1p7OSS525Z

The department adds that media is trying to show them in the bad light but they have no role in this incident. Still they have also filed a police complaint as they want the culprits to be punished as soon as possible.

Well, filling an application form whether online or offline is something that a concerned person should do herself or himself only. What do you say?

Woman Shares Key Points From Bhagavad Gita In Just 18 Tweets & It Goes Viral For Right Reasons
Bengaluru Techie Applied For A Job In Google Every Year Since 2013, Finally Grabbed It