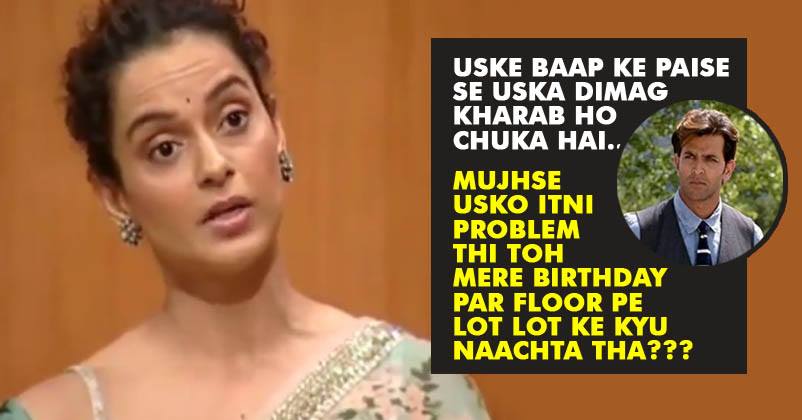 Kangana Ranaut is known to be one of the boldest Bollywood actresses. Despite being an outsider she is fearless and speaks without censoring her mind. The actress who has openly and fearlessly spoken about her affair with Hrithik Roshan earlier and Nepotism in the industry is back with a bang. 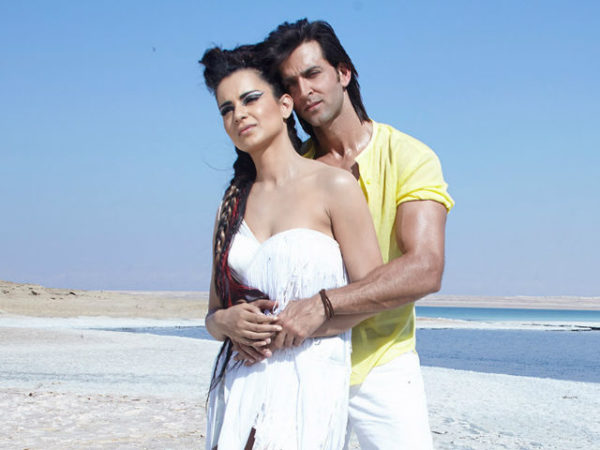 Kangana who is busy with the promotions of her upcoming film Simran was present at the Aap Ki Adalat recently. Now Kangana and Aap Ki Adalat both have their own individual image of being bold and when she came on the show it was bound to be exciting.

During the interview with Rajat Sharma in Aap Ki Adalat, the Simran actress shared maximum details of her affair with Hrithik which came into controversies early last year. Here are some explosive revelations about their relationship-

1. I didn’t want to do Krrish 3 and Hrithik chased me for 6 months to sign it.

Kangana said that before going into a relationship with Hrithik she was aware that he is a married man. In fact, Hrithik told her that he won’t be able to accept her publicly and leave his then wife, Sussane. Kangana said-

“This is the reason I didn’t want to do Krrish 3 and get involved with him in any way. But he chased and requested me for 6 months to sign the film.” 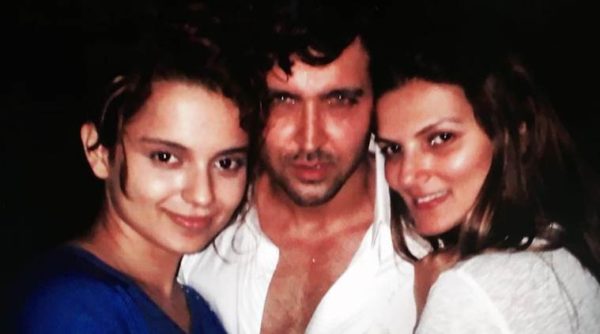 2. He made up his mind to go public regarding me after the split with Sussane

Kangana told that just when both of them were confused about future, Sussane decided to split. Hrithik was disturbed by it and his brain surgery also happened at the same time. She told that they used to have conversations at that time and that’s when Hrithik proposed her for marriage. Kangana told-

‘I think I can see us together in the future. My divorce will finalise in October-November and after that, I will somehow make our relationship public.’

She further told that she found him a little weird this time and even told him to wait for the phase to pass and then think about it again but Hrithik was stuck at his point.

3. He broke up with me in early 2014 and came back after the success of Queen

She told that Hrithik again broke up with me in early 2014 and suggested me to move on during a phone conversation on Valentines Day that year. She also told that there were reports of her affair with another heroine on the sets of his next film in Manali.

However, she told that Hrithik returned back to her after the success of Queen and told how much he is proud of her.

She said that Hrithik told her-

‘I am so proud of you. Everyone is talking about you. I am sorry.’

“One day again we met at Karan Johar’s party. When I went up to him and talked about the future of our relationship he got angry and said that the success of Queen has gone over my head.” 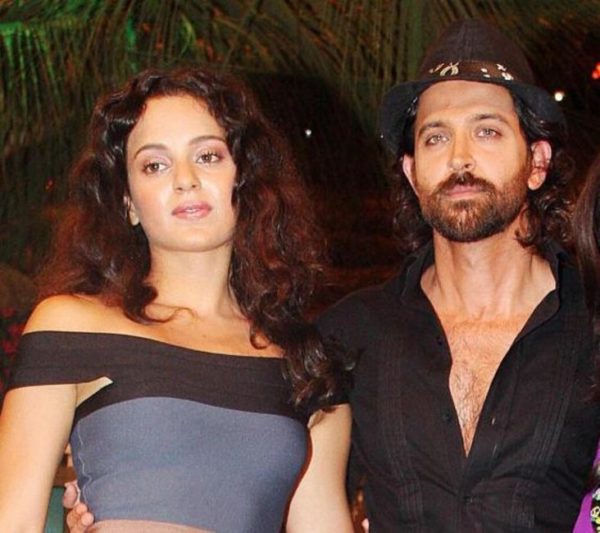 4. People from Industry tried to stop me after Hrithik threatened me to make my personal pictures viral.

Talking more about the matter she told further that I didn’t get much support from the industry and some people tried to stop and intimidate me. She also told that her Rangoon director Vishal Bharadwaj supported her. She told-

“Vishal Bhardwaj suggested me to take help from Women’s Commission after Hrithik sent me a notice, threatening to make my personal pictures and videos viral. First they took my case up but after a few days they called me, saying, ‘We have good relations with Rakesh ji, you should not speak much. You should go easy.’

“I was shocked and since then I hate Women’s Commission. Imagine if they can be unfair to a Bollywood star like me, what would other common women go through if they go to them! Women’s Commission is fake, and has been bought.”

Talking about one more incident she revealed that a Bollywood writer’s wife told her to not raise any issue about Hrithik else she will be shamed for life.

“His wife is an actress, I won’t name this couple but they called me home and he told me, ‘These are very powerful, rich people. They can do anything. They will shame you. You will die one day due to that shame. So, don’t speak much against them.”

Kangana revealed that she used to love Hrithik when she was in love with him but don’t fear anymore. The actress said that she had a near death experience when she saw her personal love poems published in newspapers and news websites as the sensational news item. She told-

“I really loved that man. I wrote a few mails to him when I was in New York. There’s a zone you are in, when you love someone. It was like a death to see something so private, an intimacy shared between two people which I feel is the most beautiful thing in the world, in newspapers and websites and people making fun of them. That was the most challenging phase of my life in every which way.”

When Rajat Sharma asked her if she ever feared for her life and thought to reach a compromise with the Roshans, the actor smiled and said-

“I feared him when I was in love with him. I am not scared of him anymore, especially after seeing his antics.”

Meanwhile, Hrithik has maintained silence regarding the matter since long. We hope he too speaks his side of the story soon.

2nd Day Collections Of Baadshaho Are Out! The Movie Has Shown A Good Growth!
After Parineeti & Hardik’s Twitter Convo Media Thought They Are In Love. But Here’s The Truth