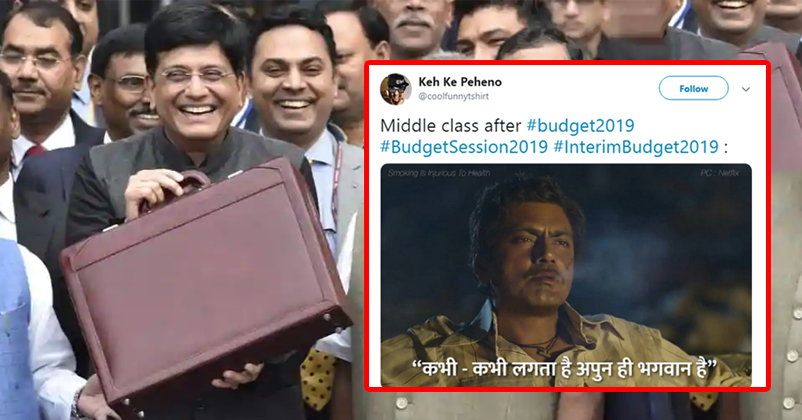 The Budget for the year 2019 was presented in the Lok Sabha by the Acting Financial Minister, Piyush Goyal, on Friday, and the tax breaks are definitely welcomed. 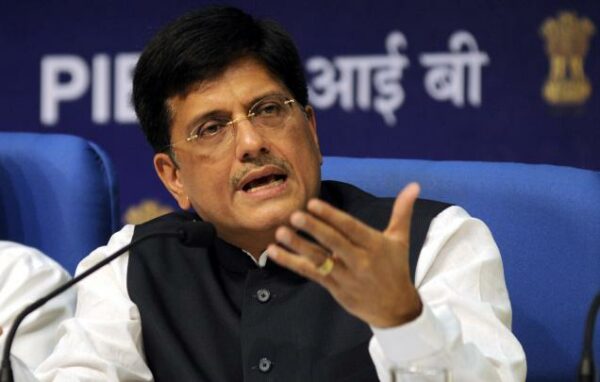 According to the announcements, there will be no income tax for individual incomes up to the amount of Rs. 5 lakhs. The amount was previously 3 lakhs. This has been much appreciated by Indians on social media.

Another welcome announcement was the financial support packages for the farmers, which would include a direct cash transfer of amount Rs. 6000 per year.

#Budget2019 instantly began to trend on Twitter, and people have been celebrating the tax breaks with countless jokes, memes and tweets.

Middle class before and after #Budget2019 pic.twitter.com/JBbK8PQWVM

No tax up to income of RS 5 lac
Indian middle-class to @PiyushGoyal #Budget2019 pic.twitter.com/vQ2z73BLLW

Piyush goyal – Individuals earning up to Rs. 5 Lakhs will get full tax rebate.

This is what Piyush Goyal did to the opposition with #Budget2019 . pic.twitter.com/CzEFFJF3MR

Jaitley into Goyal and Modi has won it. #Budget2019 pic.twitter.com/ILphTbZfBC

Salaried Class before and after #Budget2019 pic.twitter.com/WOtVVI0gOt

What do you have to say about the budget?

BJP Releases Rap Song For Modi Before 2019 Elections, Fans Are Praising Their Creativity
Congress Accused BJP Of Jumla In Budget 2019, Got Badly Trolled For A Silly Mistake