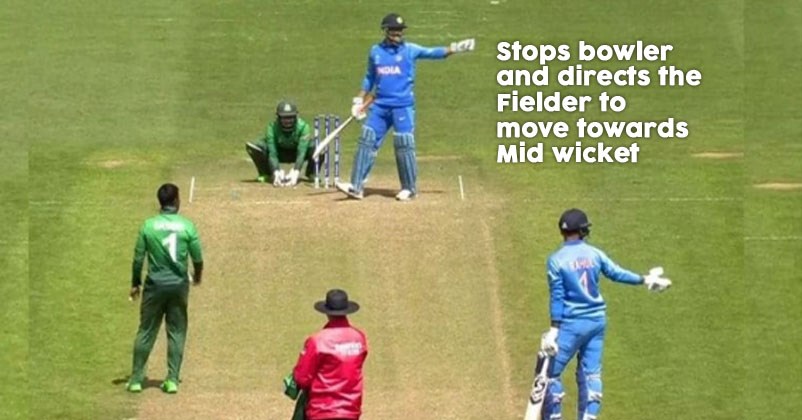 M.S. Dhoni aka Captain Cool is known for his godly calm behavior and his knowledge. He is more of a mentor for the youngsters than a player from team India. Dhoni is one of the few who believes in fair play and stands his ground for it. Recently in IPL he lost his cool and ran on the ground upset with the Umpire’s decision. He later apologized for his misbehavior. 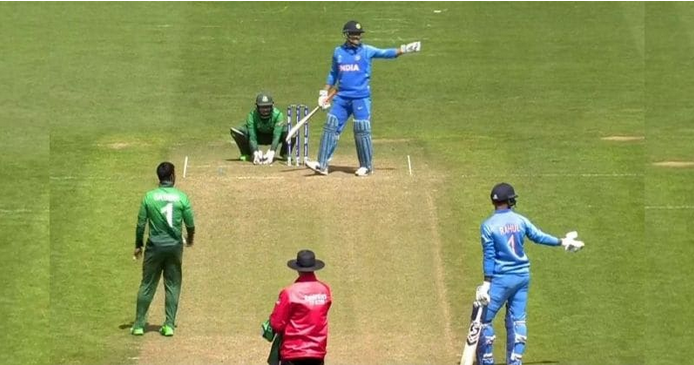 During the match, Dhoni came to bat and he kind of overpowered the Bangladesh team. Noticing this, in the 39th over he stopped the bowler and helped the fielder to set up his own fielding! See the video here.

This incident took social media by storm and everyone could not stop appreciating Dhoni’s positive attitude and fair play!

M.S.Dhoni batting in 39th over, asks the Bangladeshi Bowler to stop bowling and tells him to move his fielder wandering near mid wicket to square leg, and Bangladesh Team says okay and moves that fielder! 😂😂😂

Did it really happen? This could well be the biggest news of the World Cup History if it did. I will like to have more details.

This is what cricket is about, fair play and sportsmanship!