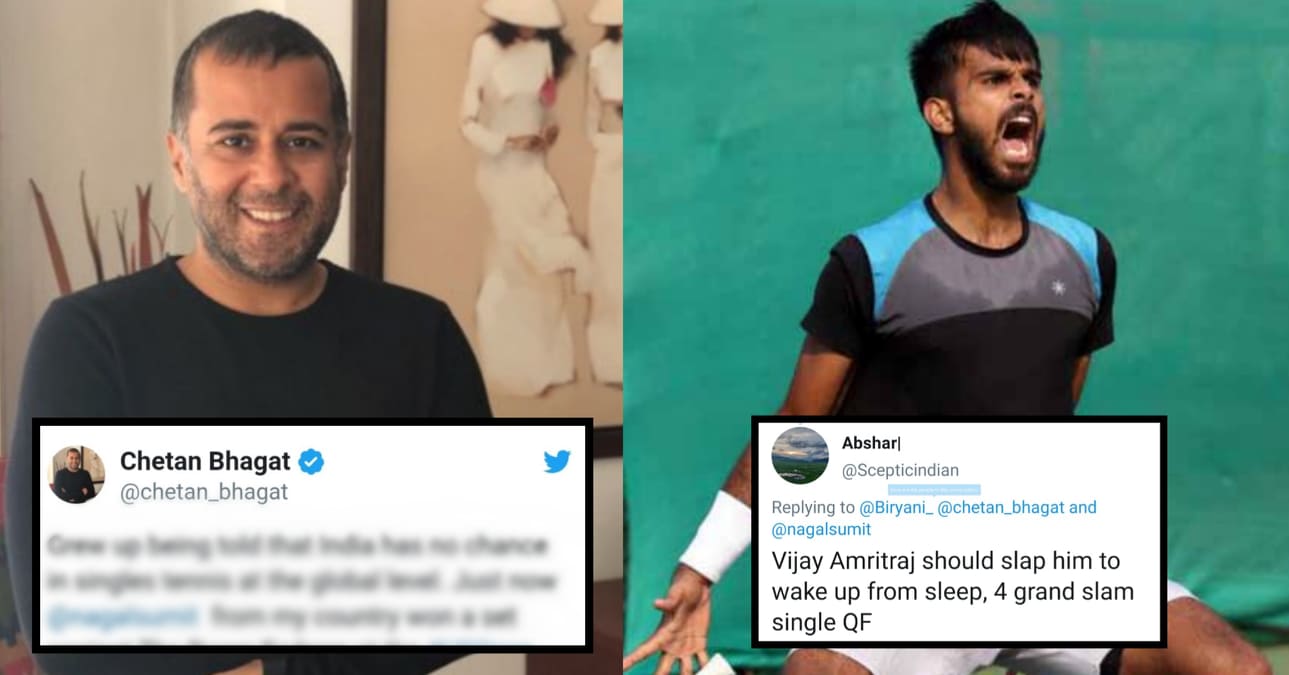 Congratulating a 22-year-old tennis player Sumit Nagal on his brilliant performance against Swiss tennis player Roger Federer has cost him dearly. The Indian writer was among those tennis fans who were pouring their heartfelt compliments for Sumit on social media. 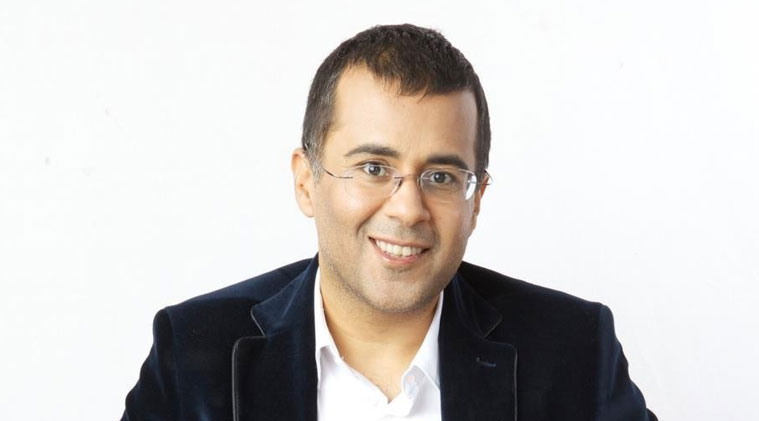 But people started slamming and trolling him for his tweet and made fun of his knowledge. Bhagat tweeted, “Grew up being told that India has no chance in singles tennis at the global level. Just now @nagalsumit from my country won a set against The Roger Federer at the #USOpen. One day, India will win the Grand Slam too. Go Sumit Go!”

Grew up being told that India has no chance in singles tennis at the global level. Just now @nagalsumit from my country won a set against The Roger Federer at the #USOpen. One day, India will win the Grand Slam too. Go Sumit Go! https://t.co/GWohaCM5tw

Twitteratis slammed him for his lack of knowledge and reminded him of Amritraj, Leander Paes, Mahesh Bhupathi, and Sania Mirza. Some even taunted him for his education and asked him where he has done his schooling.

I hope someone had told U about Amritraj, Leander Paes, Sania Mirza 🤦🏻‍♀️

@Joydas Vijay Amritraj knocked out an icon like Bjorn borg from the 1974 U.S open . He has even beaten legends like Rod Laver, Jimmy Conners, McEnroe & Lendl. So @chetan_bhagat please start taking some lessons on tennis history & don’t just shoot off some nonsense !

You grew up in so many lies even when IT Cell didn’t exist. Here’s a name you should google “Amritraj”.

Hello my dear half brain friend

How much nonsense can you spew Mr Bhagat? I grew up in an India where the Amritraj brothers were international giants and young men and women confidently aspired to international tennis careers. You've been living under some obscure rock.

Nonsense. There was a time when the ABC of tennis was said to be Amritraj Borg Connors. We did very well in Davis Cup, thanks to A. Before him, Ramnathan Krishan was a Wimbledon semifinalist — twice.

Not too sure who told you but our tennis team was actually very good. Davis cup finalists on a couple of occasions, remember Ramesh Krishnan beating Mats Wilander and Vijay Amritraj providing tips to Boris Becker at Wimbledon. BTW @nagalsumit congrats and you add to this legacy.

Chetan ji in your school days Ramesh Krishnan made quarterfinals of Wimbledon and US open (twice ) he was ranked as high as 23 and boasted of a win over then world no 1 Mats Wilander at the AO. Coincidentally the year before you were born India was runner up at Davis cup &

🎾 Paes won a bronze medal in the 96 Olympics and has beaten Sampras (the GOAT before Federer, Djokovic & Nadal came).
🎾 Sania reached the third round of Aus Open and the 4R of US Open.